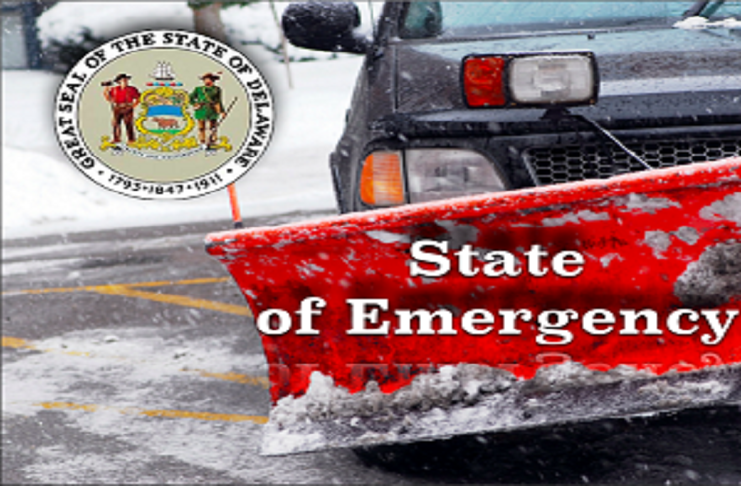 Wilmington: Are you ready for the first snow storm of the season? I hope so because according to the National Weather Service, were not getting a “dusting” this time around, and cities up and down the east coast are preparing for the worst, with some states already declaring states of emergencies.

As the first snow storm continues to pound the state, about 8 AM this morning, Governor Jack Markell upgraded the state of emergency to a Level II driving restriction for both New Castle and Kent Counties. Sussex County still remains in a Level I restriction. A Level II restriction means only essential employees are legally allowed to be on the roadways.

According to the Governors press release:

Under Level 2 restrictions, no person shall operate a motor vehicle on a Delaware roadway, unless such person is considered “essential personnel” within the meaning of Delaware law. Such personnel include emergency workers, individuals maintaining or repairing public utilities, healthcare providers including hospital staff, snow removal equipment operators, food and fuel delivery personnel, and employees of any industry, company or organization that has applied for and been granted a waiver from the driving restriction, including businesses with pressing continuity and operational issues.

When a Level 1 Driving Warning is in place, non-essential personnel, regardless of whether employed by a public or private entity, are encouraged not to operate a motor vehicle on public roadways, unless there is a significant health, safety or business necessity reason for doing so.

The Blizzard Warning continues for New Castle and Kent Counties until 6:00am Sunday.

Total accumulations of 15-20 inches of snow are expected in New Castle County, while Kent County is also forecast to receive 16-24 inches of snow, with 12-18 inches near the shore. A Winter Weather Warning remains in effect until 6am Sunday for Sussex County with an expected accumulation of 12-18 inches inland, and 4-8 inches at the Delaware beaches.

Snow will continue heavy at times during the day Saturday in New Castle County before tapering off late tonight. Kent and Sussex Counties should see heavy snow at times today, before changing over to periods of sleet and some rain, quickly changing back to all snow before tapering off Sunday morning.

Roadways across the state are snow covered, and drifting snow has created some difficulties in keeping plowed roads open. DelDOT trucks are plowing and laying salt on major roads, bridges and toll plazas. Residents can track the progress of DelDOT plows by watching the snowplow tracker, available at deldot.gov, or on the DelDOT app on a smart phone.

Route 1 between Dewey Beach and Bethany Beach is closed due to flooding. DelDOT also reports that the New Road Bridge near Canary Creek Drive near Lewes is closed to due high water completely covering the bridge. The New Road Bridge will remain closed until DelDOT conducts an inspection of the span, after the water recedes. Flooding is reported in the Bowers Beach as well as the Long Neck and Oak Orchard areas.

The speed limit on I495 has been reduced to 45 MPH. Traffic accidents have been reported statewide, mostly property damage, and there are reports of a few disabled vehicles.

Delaware Transit Corporation fixed route and intercounty service is suspended Saturday, as is paratransit service. There will be no SEPTA Saturday service operating in Delaware. AMTRAK is running a modified schedule in the northeast, as the winter storm slams multiple states.

The Delaware National Guard has pre-positioned personnel and vehicles throughout the state to provide assistance where needed.

There are just over 3500 power outages currently statewide. Most are in Delmarva Power serviced areas of Sussex County. High winds and wet snow make the possibility of more downed electric and other utility lines a concern for the weekend. 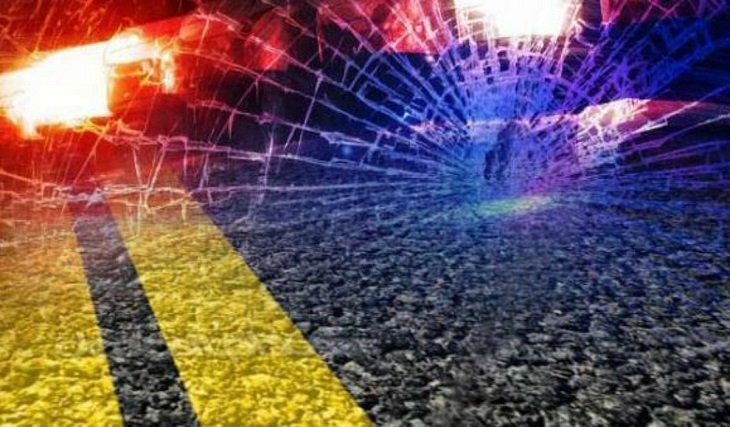