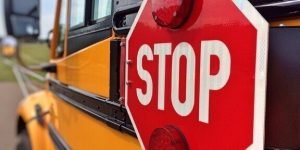 New Castle: So what is this exciting new game app everybody is playing? Pokemon Go is a free to play location based augmented reality game developed and published by Niantic for IOS and Android devices. It was initially released in select countries in the break of July.

So how do you get it? All you have to do is download the app from Google Play store or the Apple store. When you’re done installing the app, make sure you’re on your feet, because you’ll want to step outside to find and catch Wild Pokemon that appears on your phone’s screen.

“According to the game’s website, you should never use Pokemon Go while driving, operating equipment, or WHILE DOING ANYTHING that requires your attention.”

Since the game is GPS based, you can explore areas all around town, cities, and even in other countries. As you move around, a map displays on your phone’s screen and when a Pokemon is nearby, your phone will vibrate to let you know by displaying Pokemon. That’s not all Pokemon Go does. You can explore habitats and Pokestops, among many other things.

As the game gets more and more popular, it seems to be bringing people of all ages together in areas such as historical towns, landmarks, and parks. I recently visited Battery Park in New castle and was amazed by the hundreds of people walking around playing this game in a park that would normally have less than fifty people at any one time.

Want to meet a few new friends? Then this is the game for it. As I walked around the park, I noticed strangers talking to each other, mingling and chit chatting not only about the game but other things too, but how safe is Pokemon Go?

On July 20th Baltimore Police say a driver was distracted by the Pokemon Go app, and hit a police car. There were no police officers in the police car that was struck and nobody else appeared to be hurt. Baltimore Police are warning players to stay alert and to be aware of their surroundings.

Also on July 20th, just after midnight in Rehoboth Beach, Police reported on their Facebook Page that Mark Oldenburg, 28, struck a police car while playing the Pokemon Go game. Police are asking people if they are playing Pokemon Go, to not do so while driving.

Then in Dover, on July 16th about 3 am, a 20 year old man who was playing the popular game in the area of Legislative Ave was robbed. Master Cpl mark Hoffman, a spokesman for the Dover Police Department said, three men grabbed the attention of the victim in the area, when the victim approached the group, the three men assaulted the victim, took an undisclosed amount of cash and a gold necklace from him.” Dover Police department used the incident to provide safety tips for Pokemon Go players.

Bottom line is, safety is key. Pokemon Go is not going anywhere any time soon, So if it’s not safe to catch a Pokemon, then don’t, and if you’re going to play the game, do so safely.

Never play the game while driving, operating equipment, or while doing anything that requires your attention. Also, if you’re going to be playing at night, it’s strongly recommended that you do so in familiar and populated areas. It might also be wise to do so in a group.

For more information about Pokemon Go, visit their website

So what are you waiting for? “Get up, get out, and explore”