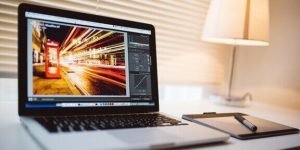 In June, a Folcroft Police officer was attacked when he was investigating a complaint at an apartment complex, and was shot numerous times by the suspect. The officer survived the attack, and the suspect was later apprehended and charged.

Then we can’t forget what happened in Dallas, Texas In July. A suspect began shooting at police at random. Dallas Police had to “take him down” with a robot. In the aftermath, the suspect killed four Dallas police officers and a Transit Police Officer. He also injured 7 more police officers, and three civilians. It is the deadliest attack on U.S. law enforcement since September 2011 in what authorities called a sniper ambush on police officers.

Also in July, a Coatesville, Pa police officer was injured when a man walking on a sidewalk threw a rock at him. The officer stopped to apprehend the suspect, and got into a confrontation with the suspect who was resisting him. The officer suffered minor injuries in the incident.

Here in Delaware back in July, a man shot at a Delaware Trooper after he fled from the Trooper with the trooper in pursuit. Police say, they were summoned to an apartment complex in Dover to investigate a man with a gun.

In spite of all the negative between community and police, police still continue to do what they have sworn to do in our communities, to serve and protect. Although a little on edge now a days, they never give up, and just like you, are no different a human being then anyone else. They too have to go to work, and they too have to go home to their families.

So what do police do when things get rough in the neck of their communities? One thing they do once a year is try to bring communities together, to understand what they do every day. It is also meant to promote police-community partnerships. They call it National Night Out, and it happens all across America one summer night a year.

New Castle County Police Community Services Unit hosted their National Night Out at the Glasgow Park Tuesday evening from 6-9 P.M. With K9, Equestrian, and Medevac demonstrations to name a few of the many events being held at the park.

National Night Out is an annual community building campaign to strengthen relationships between communities and police. It promotes police-community partnerships in an effort to make communities safer and better places to live.

The founder of National Night Out is a young man from Philadelphia by the name of Matt Peskin. He created the crime prevention event as a way for people to take back their streets one summer night a year, by turning on their house and porch lights. It was a way to show neighbors they have the power to control events in the community.

“I knew that if we all just stood on our own doorsteps, there wouldn’t be any crime,” he remembered. “I knew that, and I thought, ‘I’ve got to say that.’ ”

“a chance to bring neighborhoods together with the men & women who protect them. The safety of our communities depend on both law enforcement and the citizens they serve, and tonight’s events will enhance that cooperation.”, VP Joe Biden

At Glasgow Park, it was fun for the whole family. New Castle County Police was giving K9 demonstrations as curious kids gathered around to watch. Just over to the North side of the park, a Delaware State police Medevac Helicopter was on display as those curious asked CPL. Michelle Wright questions about her job and what it was like to be a pilot.

New Castle County Police also had information tables set up and had their Heroin Trap mobile on hand nearby to promote their new Heroin Trap program. The Heroin Trap Program is a drug prevention awareness program sponsored by the Cecil County Heroin Alert Program and New castle County Police. Its purpose is to bring awareness to people about the dangers of heroin. It even offers assistance to those addicted to heroin.

As CPL. C. Carter was knelled down on one leg, answering questions from an 8 year Newark boy, Shoprite was giving out food and drinks, as was a few other vendors.

While New Castle County’s National Night out was Aug 2nd, Kent county had theirs on Aug 9th, and even though the weather didn’t hold out the entire event, it had an impressive outcome.

Dover Police K9, Tactical Operations, and Motorcycle units were on hand to demonstrate and explain what exactly the jobs detailed. While they were busy with demonstrations, Dover Fire Department, Leispic, and Smyrna Fire Departments were busy giving the kids a demonstration and tours on their fire equipment.

Friendly faces, laughter and joy, a real community event that turned out to be norhing but making new friends and learning about the many dangers and sacrifices first responders endure every day.