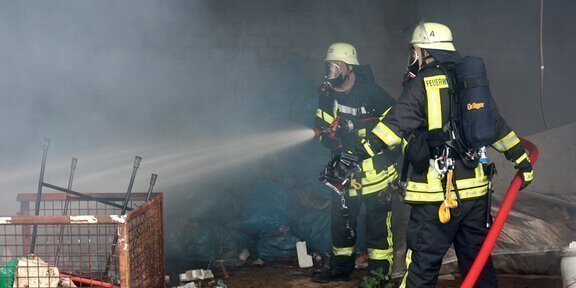 Wilmington: Multiple fire personnel are on the scene of a house fire in the 1900 block of Lakeview Road in Wilmington. A family of 6 including children were awaken by smoke alarms when the two story row home located on Lakeview Road went up in flames just before 3:00 A.M. At the time of the call, the caller stated to the 9-1-1 Center that the fire was in the basement.

A dispatch went out at 2:55 A.M. and Wilmington Fire stations were dispatched to the scene. When the first fire engine arrived from Station #6, they saw heavy fire and smoke coming from the rear of the home. Thinking there were people inside the home, firefighters on scene began search and rescue operations.

Soon after, additional stations were dispatched and arrived on the scene, and by 3:15 A.M., a “Mayday” went out over the radio when the first floor they were working on collapsed into the basement, trapping a firefighter. Four other firefighters were injured, two of them seriously. It was then that all resources was directed to the rear if the home.

One firefighter had to be Medevac’d from the scene from the Delaware State Police Aviation Section with life threatening injuries.

“I need ALS (advanced lifesaving support) for a downed firefighter., were looking for Trooper 4”, says, Battalion Chief over the radio to the dispatcher.

As the fire raged on, fire companies from outside the city was dispatched to assist on the scene, as well as stand by at Wilmington Fire stations. The fire was called under control more than thirty minutes later.