ONE MAN IS LUCKY TO BE ALIVE TODAY AFTER AN EARLY MORNING ACCIDENT ON I-95 THAT SENT HIS VEHICLE INTO FLAMES!

Christiana: Shortly after 4:00 A.M. emergency crews were on the scene of a motor vehicle accident that occurred in the southbound lanes of I-95, just south of the Newark 273 exits. 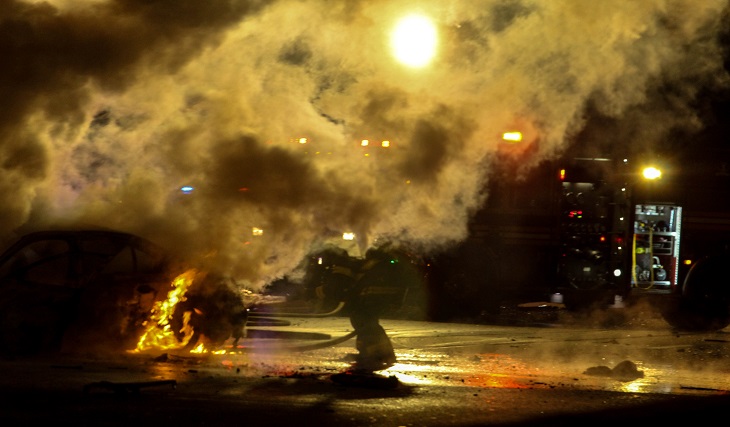 The accident involved a tractor trailer and a BMW. For unknown reasons the operator of the BMW veered into the rear of the tractor’s trailer.

The operator of the BMW was able to escape before the vehicle burst into flames.

Unfortunately, that wasn’t the only mishap on I-95. Just minutes before this crash occurred, and only about a mile south, near the Churchmans road exit, another accident had occurred that involved two tractor trailers and a car.

The vehicle involved in that accident also rear ended one of the tractor trailers. The car then became lodged under the rear axles of the tractor’s trailer. The driver of the vehicle had to be extricated by Christiana Fire Company, and was transported to Christiana Hospital with serious injuries.