No injuries reported in a strong-armed robbery that ocurred at the Family Dollar store located in the heart of Frederica.

They approached two store employees and demanded cash. The employees complied with the demand and turned over an undisclosed amount of cash. The suspects then exited the store and fled in an unknown direction. The clerks were not injured.

The first suspect was described as black male wearing all black clothing with a black mask over his face (No further physical or clothing description). Armed with an unknown type handgun. 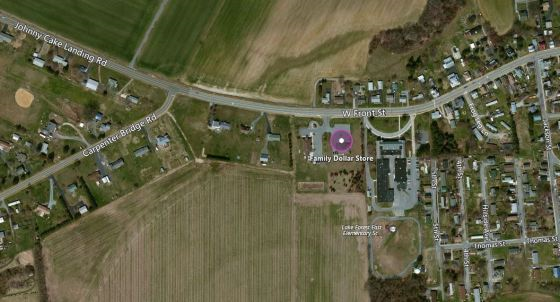 The second suspect was described as a black male wearing all black clothing with a black mask covering his face (No further clothing or physical description). He was armed with an unknown type shotgun.

If anyone has any information in reference to this incident they are asked to contact Detective S. Carbine at 302-698-8444. Information may also be provided by calling Delaware Crime Stoppers at 1-800-TIP-3333, via the internet at www.delaware.crimestoppersweb.com, or by sending an anonymous tip by text to 274637 (CRIMES) using the keyword “DSP.”