If you think opening a business in the early morning hours is safe, think again. This Employee got a rude awakening as the business was being opened for the day!

Wilmington: At approximately 7:30 A.M. Tuesday, as an employee was opening for the day, police say, a male entered the Walgreens in the 1500 block of Philadelphia Pike in Wilmington, approached the employee, and demanded money from the business.

During the course of the robbery, the suspect displayed an unknown type of hand gun, but did not hurt the employee. 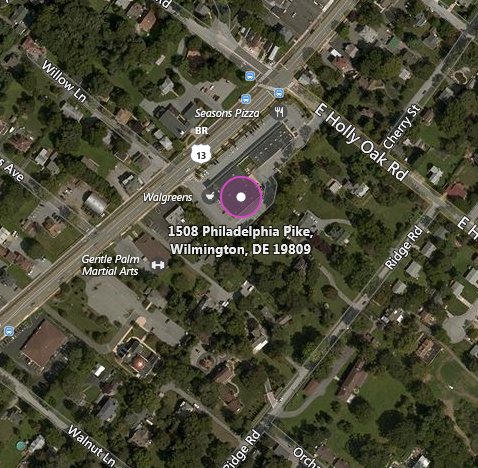 The employee, who was not identified, complied with the demands and turned over an undisclosed amount of money to the male, who then exited the store and was last seen fleeing toward the rear of the business.

According to police spokesman, Master Corporal Jeffrey R. Hale, The initial investigation determined that the incident happened at approximately 7:26 A.M. on Tuesday, January 18, 2017

If anyone has any information in reference to this incident they are asked to contact the Robbery Unit at Troop 2 at 302-365-8566. Information may also be provided by calling Delaware Crime Stoppers at 1-800-TIP-3333, via the internet at www.delaware.crimestoppersweb.com, or by sending an anonymous tip by text to 274637 (CRIMES) using the keyword “DSP.”