The Delaware State Police are currently investigating a hit-and-run crash in which a vehicle drove into the front of an area 7-11 store north of Wilmington last night.

Wilmington: After crashing into a 7-11 store in Edgemoore and causing significant damage to the store, police say The female operator of the car then reversed the vehicle and exited the store before fleeing in a southbound direction on Governor Printz Boulevard. Police say there were no injuries to any occupants of the 7-11. 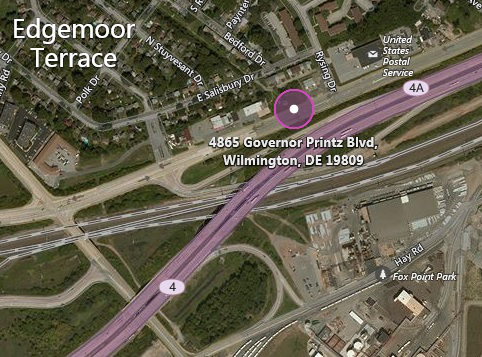 According to Master Corporal Jeffrey R. Hale, a police spokesman, shortly after 8:30 P.M. on Tuesday, January 24, 2017, emergency personnel was summoned to the 7-11 located at 4865 Governor Printz Boulevard, Wilmington for a report of a crash at the establishment.

As Troopers were investigating, they determined an unknown black female was operating a maroon Honda and was attempting to park the vehicle in the front lot of the 7-11 located at 4865 Governor Printz Boulevard in Wilmington.

For an unknown reason, the vehicle continued forward and drove through the front of the store, striking the sales counter and causing significant damage to the business.

The striking vehicle may have a temporary Delaware registration and was occupied by two black females. It should also have sustained heavy front end damage.

The Delaware State Police is asking anyone who may have information in reference to this incident to contact Troop 1 at 302-761-6677. Information may also be provided by calling Delaware Crime Stoppers at 1-800-TIP-3333, via the internet at www.delaware.crimestoppersweb.com, or by sending an anonymous tip by text to 274637 (CRIMES) using the keyword “DSP.”