Wilmington: As if evening rush hour wasn’t enough to deal with, customers at this bank was delayed even more as a lone suspect entered the bank and held the teller up. According to police spokesman, Master Corporal Jeffrey R. Hale, just before 6:00 P.M. Tuesday, January 25, 2017, a male suspect entered the WSFS bank located at 4601 Kirkwood Highway. 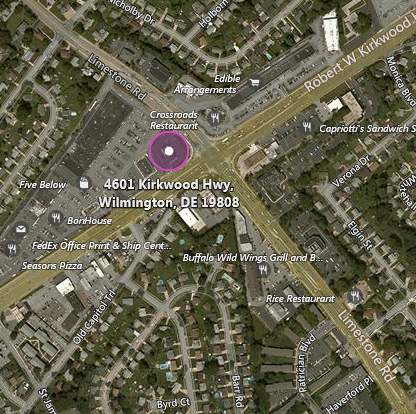 The suspect then approached a female bank teller and presented her with a demand note for cash. The suspect did not display a weapon or imply that he was armed. The bank teller complied with the suspect’s demand’s and turned over an undisclosed amount of money to him. He then exited the bank and fled in an unknown direction. There were no injuries.

The suspect was described as a black male. He was 20-30 years of age, 5’10”-6’00” tall, 180-200 lbs., and was last seen wearing a dark colored sweatshirt, dark colored pants, dark boots, and had a scarf partially covering his face. There is no further physical or clothing description available. No video surveillance photos are available to be released at this time.