Delaware State Police are investigating a home invasion that occurred in the Rodney Village Development in Dover, where three men broke into the residence while it was occupied by a 77 year old woman.

Dover: Police say that on January 26, 2017 at around 7:20 P.M., a 77 year old resident in the Rodney Village Development came out of her bedroom after hearing her door open. She was then confronted by three men, one of which was armed with an unknown type of handgun.

According to Master Corporal Gary Fournier, a police spokesman, the three male subjects entered the front door of the residence located in the 1000 block of Nathaniel Mitchell Road and demanded cash from the resident. While two of the men were demanding her money, the other suspect went to her basement and began ransacking a room. 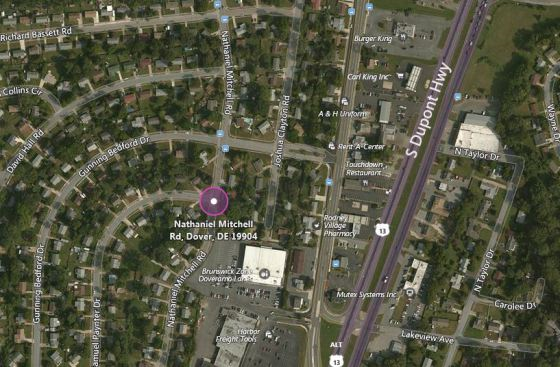 The three then left the residence without any cash, and it is unknown at this time if anything was stolen. The 77-year-old female, who was home alone at the time, was uninjured.

No further physical or clothing description available. One suspect was armed with an unknown type handgun.

If anyone has any information in reference to this incident, they are asked to contact Detective D. Martin at 302-698-8464. Information may also be provided by calling Delaware Crime Stoppers at 1-800-TIP-3333, via the internet at http://www.delaware.crimestoppersweb.com, or by sending an anonymous tip by text to 274637 (CRIMES) using the keyword “DSP.”