The Delaware State Police Collision Reconstruction Unit continues to investigate a motor vehicle crash which has claimed the life of a 73 year old Seaford, DE man that occurred yesterday evening.

Seaford: A 73 year old Seaford man is dead after attempting to walk across Concord Pond Road in the area of Orange Blossom Lane, east of Seaford. Police say, the man, who is not being identified pending notification of his next of kin, was wearing all dark clothing and not carrying a light when he attempted to walk across the roadway and was struck by a southbound vehicle. 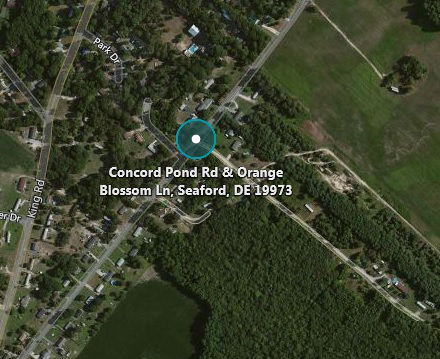 According to police spokesman, Master Corporal Jeffrey R. Hale, the crash occurred at approximately 6:06 p.m. yesterday, Saturday, January 29, 2017. The pedestrian stepped directly into the path of a 2003 Hyundai Santa Fe, which was traveling in a southbound direction on Concord Pond Road approaching the intersection of Orange Blossom Lane. The operator of the vehicle, William A. Jenkins, 70, of Seaford, attempted to avoid striking the pedestrian, however, he was unsuccessful. The front left bumper of the Hyundai struck the pedestrian, throwing him into the northbound lane of the roadway where he came to rest. William Jenkins was able to bring his vehicle to a controlled stop just south of the scene.

The victim was treated at the scene by Sussex County Paramedics. He was then transported by ambulance to the Nanticoke Memorial Hospital where he was pronounced dead. Alcohol use on the part of the victim is being considered as a factor in the crash.

William Jenkins, who was properly restrained at the time of the crash, was not injured. Neither alcohol or drug use nor excessive speed on the part of William Jenkins is being considered as a factor in the crash.

This crash remains under investigation by the Delaware State Police. Concord Pond Road in the area of Orange Blossom Lane was closed for approximately 3 hours as the crash was investigated and cleared.

Police also said, the crash remains under investigation by the Delaware State Police.