The Delaware State Police have arrested a Greenwood man after guns were located in the car he was driving and crashed. 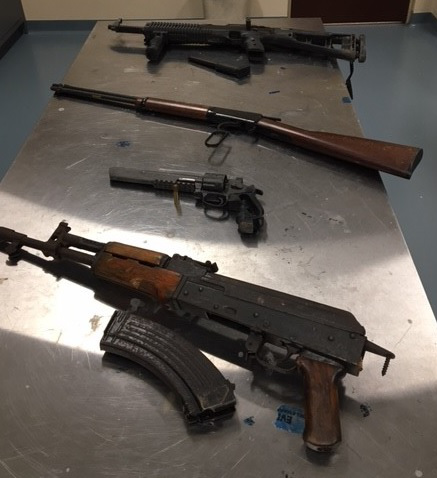 Reed lost control of the car while negotiating a slight curve and struck a telephone pole before the car overturned and came to a stop.

A search of the car revealed a .22 caliber rifle that was reported stolen July of 2015 from a residence located in the 17000 block of Clendaniel Road, Lincoln. A 9mm assault rifle and a CO2 powered handgun were also recovered.

Robert Reed, who was properly restrained, was removed from the scene and transported to Bayhealth Milford Memorial Hospital.

He was treated for non-life-threatening injuries and upon his release was transported back to Troop 3 where he was charged with three counts of Possession of a Firearm by a Person Prohibited, Receiving a Stolen Firearm, Driving While Suspended or Revoked, Unsafe Speed, Careless Driving, and other traffic related offenses.

He was arraigned at JP3 and committed to Sussex Correctional Institution on $8,500.00 cash bond.