The Delaware State Police Kent County Drug Unit, in partnership with the Dover Police Department, have arrested a Dover man after the culmination of a four month long investigation into illegal drug sales from residences in Dover. 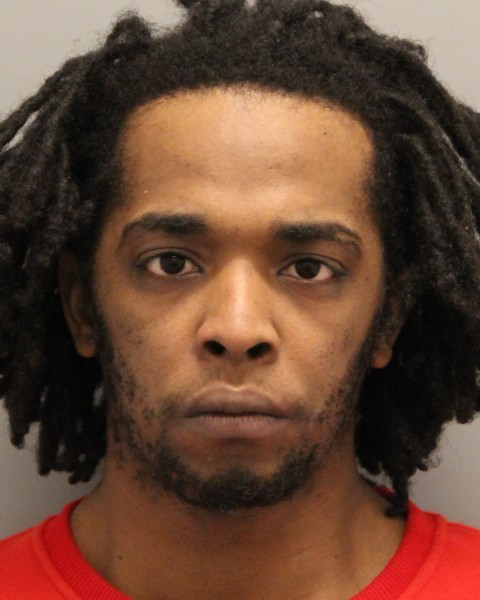 According to police spokesman, Richard D. Bratz, a search of the Stevenson Drive residence revealed packaging material for heroin distribution and over $1,200.00 in suspected drug proceeds. The search of the East Water Street residence revealed 22.9 grams of heroin, drug packaging materials, a loaded .25 caliber handgun, a .38 caliber handgun that was reported stolen out of Troop 3, Kent County on October 15, 2016 and a 9mm handgun reported stolen to the Greer Police Department in South Carolina.

Benjamin M. Greene was transported back to Troop 3 where he was charged with five counts of Drug Dealing, three counts of Possession of a Firearm by a Person Prohibited, two counts of Receiving a Stolen Firearms, Possession of a Firearm with an Obliterated Serial Number, Conspiracy 2nd degree, Endangering the Welfare of a Child, four counts of Manufactures, Delivers or Possesses with intent to Deliver, Possession of Drug Paraphernalia and Failure to Register as a Sex Offender. Greene has prior felony firearms convictions.

He is also being charged by Troop 1 reference to a hit and run accident on US95 that occurred during the course of this investigation after he was suspected of transporting heroin from Philadelphia to Dover. During his route south, he rear ended a vehicle and fled the scene. This vehicle was recovered in front of the Stevenson Drive residence with a fictitious registration.

He was arraigned before the Justice of the Peace Court 2 and committed to the James T. Vaughn Correctional Institution on $150,200.00 cash bond.