DOVER-The Delaware State Police announces today, the retirement of Major Galen M. Purcell who has proudly served the citizens of Delaware with distinction and faithful service for 28 years.

“It has been an honor to serve the citizens of Delaware for the last 28 years. I have had the opportunity to work with and meet so many great people from our communities over these many years. It is amazing to think of the technological advancements that have occurred within society in general and more specifically within the field of law enforcement these last three decades. We now have instant communications and are able to use technology to track and solve crime. What we are doing today were just concepts when I started my career. I have had two opportunities to work with incoming recruits while assigned to the DSP Academy during my career, and I am so very proud to say that the individuals we have hired over the years are outstanding and are truly dedicated men and women who are driven to serve the citizens of our great state. As I leave the Delaware State Police and explore new opportunities, I will always carry with me the Core Values instilled in me during my time as a Trooper, those being Honor, Integrity, Courage, Loyalty, Attitude, Discipline and Service.”

Major Galen M. Purcell was hired on July 14, 1989 into the 59th Delaware State Police Recruit Class, where he was selected as the Governor’s Outstanding Recruit Trooper. He began his career assigned to Troop 9 during his Field Training Officers’ Program and then was later assigned to uniformed patrol at Troop 3 in Camden. 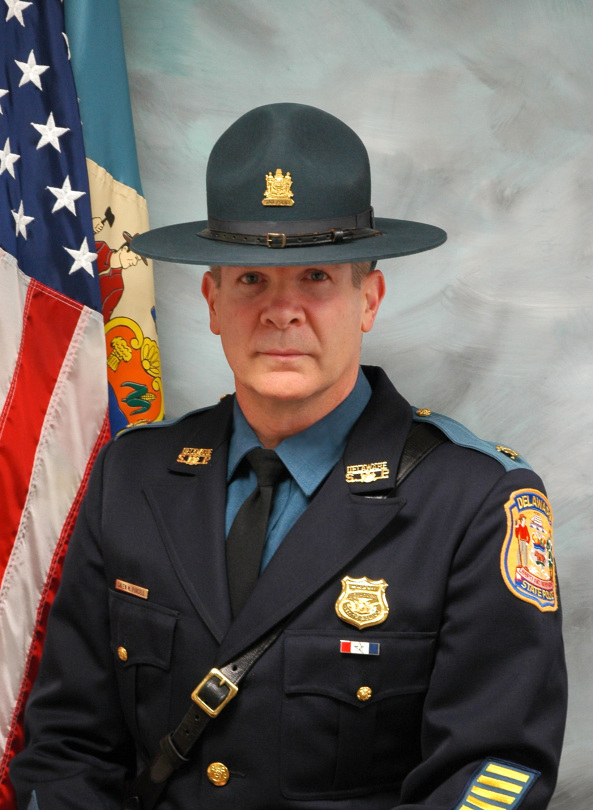 On March 17, 2003 he returned to operations as the Lieutenant in Odessa at Troop 9. Two years later he would be selected to work in the Internal Affairs Unit. His promotion to the rank of Captain on October 1, 2005 led to his assignment as Director of the State Bureau of Identification where he served until August 2009. His next assignment returned him to Troop 9 in Odessa as Troop Commander and later the Troop Commander for Troop 3 in Camden.

He returned back to the DSP Training Academy on December 22, 2013 as the Director and in just less than two years later was promoted to the prestigious rank of Major where he joined the Executive Staff as the Kent and Sussex County Operations Major on October 18, 2015.

Major Galen M. Purcell, who proudly served Delaware and its citizens, retires today Friday, March 24, 2017 after 28 years of dedicated service. Major Purcell resides in Magnolia, Delaware with his wife Lana. He is a very proud father of Amanda, Patrick and Caitlin.

“The women and men of the Delaware State Police congratulate Major Galen M. Purcell on his 28 years of dedicated service to the citizens of the State of Delaware. We are grateful for his service and commitment throughout his career and for his leadership as part of the executive staff. We also applaud his outstanding recruiting efforts and his service as a member of the United States Navy. He has had a true impact on the entire law enforcement community. It has been an honor and a privilege to serve with him. We wish him and his family all the best.”

The men and women of the Delaware State Police thank Major Galen M. Purcell for 28 years of dedicated service, sacrifice, and leadership to the Division, and wish him and his family the very best wishes in their future endeavors.