NEWARK: New Castle County Police say at about 5:00 p.m., police were dispatched to the 1100 block of Janice Dr for a suspicious person with a gun. The caller stated that “Dion L. Brown was soliciting door-to-door” and said he had a gun in his bag.

According to police spokesman, J.P. Piser, Two patrol officers arrived on scene and stopped Dion L. Brown. When officers attempted to take him into custody, Dion L. Brown began to fight with the officers. The suspect bit an officer, breaking the skin, and struck another officer, causing a concussion and lacerations. Officers used their departmentally issued Taser on the suspect, but it had little effect. 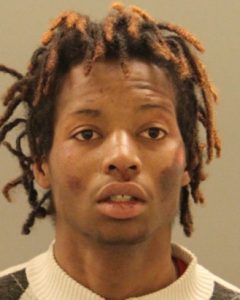 All four officers suffered injuries attempting to arrest the suspect, Dion L. Brown. All officers were transported to an area hospital where they were treated and released.

Police did not locate a firearm on Dion L. Brown’s person or in his bag.

Dion L. Brown was also transported to an area hospital for medical evaluation. He was treated and released to police custody.

Dion L. Brown, of the 2000 block of W. 18th St in Newton, Iowa, was charged with four counts of second-degree assault of a police officer, four counts of felony resisting arrest with force and two counts of criminal mischief. He was arraigned and committed to Young Correctional Institution after failing to post $42,200 cash-only bail.