Peeping Tom sought by Wilmington Police turned himself into officials to face charges of two counts of trespassing with the intent to peer or peep.

WILMINGTON (DE): A peeping Tom who was sought by Wilmington Police turned himself in, to face charges after a woman on Friday October 27th reported to police, that she recently learned of a male peeping through a rear window of her home while reviewing her video surveillance footage. 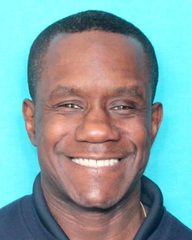 The victim, who asked not to be identified, recently installed the surveillance camera after a window on her home was busted out last week.

As for the video, it is very disturbing. It shows a man wearing a hoodie taking his time peeking through a window. He even looks into the surveillance camera.

Officials say, while detectives were conducting their investigation, they learned that the suspect had returned to the victim’s residence on Monday, October 30th. In this incident, the suspect was observed peeping into the victim’s side window.

Detectives have identified the suspect as Larry Kendall Howell of Wilmington, and on Wednesday, November 1st, the suspect turned himself in.

Larry Kendall Howell has been charged with two counts of Trespassing with the intent to peer or peep.

The Wilmington Department of Police is asking the public that if they recognize Howell, or if they feel they are also a victim, to contact Detective Steven Bender at (302) 576-3621.