Police have arrested a man in connection with the stabbing death of a 26-year old woman who succumbed to her injuries Sunday evening as a result of being stabbed multiple times at the Castle Brook Apartments in New Castle.

NEW CASTLE (DE): On Sunday evening, New Castle County Police were on the scene of a homicide following a stabbing of a 29-year-old woman at the Castle Brook Apartments in New Castle. 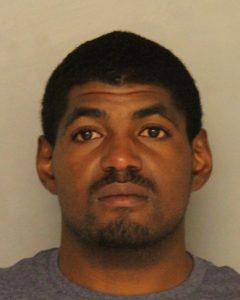 PHOTO: NEW CASTLE COUNTY POLICE | Ricardo Mendez has been arrested for the stabbing death of a 26-year old woman at the Castle Brook Apartments in New Castle

According to police spokeswoman, Heather Carter of the New Castle County Police Department, officers were dispatched to the apartment complex just before 7:00 P.M. for a cutting.

A 29-year-old woman had been stabbed multiple times in the torso and transported to an area hospital where she succumbed to her injuries.

On Sunday evening while detectives were investigating they learned that the 29-year-old who was later identified as Anastasia Gear was visiting a family member in the apartment complex when she was approached by Ricardo Mendez in the parking lot. County Police Detectives developed Ricardo Mendez of the 800 block of N. Adams St as a suspect, who was known to the victim.

Delaware State Police contacted Ricardo Mendez at the McDonald’s located at 101 S. DuPont hwy in an unrelated incident, and he was arrested by troopers for carrying a concealed deadly weapon, criminal impersonation, and disorderly conduct. He is currently being held at the James T. Vaughn Correctional Center.