On Wednesday, May 13, 2015 at approximately 4:12 p.m., police responded to a shooting in the 100 block of Antlers Lane in the community of Fox Run Apartments & Townhouses.

Edwin was discovered lying on the ground suffering from multiple gunshot wounds. Officers arrived on the scene and provided first-aid, but Edwin was later pronounced dead at the scene.

A male subject was seen fleeing the scene on foot towards Route 40 (Pulaski Highway), which is just outside the complex. The suspect was described as a black male in his mid-20’s, approximately 5 feet 10 inches and 180 pounds, thin build wearing dark pants, a light in color sweatshirt.

If you have any information regarding this case, please contact the Major Crimes Squad directly: Det. Matthew DiSabatino MEDiSabatino@nccde.org (302) 3952744

You can submit a tip via our website at www.nccpd.com. Tipsters may also call Crime Stoppers at (800) TIP-3333, visit their website www.Delaware.crimestoppersweb.com, or visit us on Facebook at New Castle County Police Department. 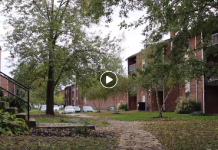 Cold Case Detectives: Family still looking for answers after one of their own was shot dead eight years ago 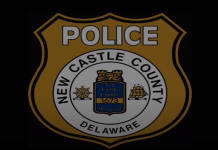