DOVER (DE): After receiving a backlash from riders about the discontinuation of the Rodney Square hub back in December, the Delaware Transit Corp announced they will be restoring the Rodney Square stop but only with three routes. The remaining ten routes will be making stops at other downtown Wilmington locations.

It all started back in December at a public workshop when DART announced changes to the Rodney Square bus hub. For years, tons of busses made stops there all-day long as a transfer hub for riders getting off one bus and getting on another.

Since the December announcement, riders have been calling the Governors Office expressing frustration and demanding the hub be restored. GOV John Carney expressed his support of DART’s decision to dismantle the Rodney Square stop in favor of a bus hub elsewhere in the city to allow for the revitalization of the Square as a historic public park.

“The success of our state depends in large part on the success of Wilmington,” Carney said in a statement. “We must continue the work to revitalize the Square as a historic public park. We’re continuing to make improvements to our transit system that balance the needs of riders and those who use Rodney Square.”

In a press release, DART explained, “After reviewing customer feedback from three Community Conversations in Wilmington and Newark last week, DART will make a series of improvements. The recent Community Conversations offered DART riders, and the general public, the opportunity to provide feedback and share their experiences since DART’s service changes in mid-December.

“The Community Conversations were intended to present a comfortable forum for our riders to talk one-on-one with DART employees. Staff was able to get meaningful feedback from our customers, and really listen to their specific concerns,” said Delaware Transit CEO, John Sisson. “There were definitely common themes, including the need for more shelters and benches, and restoring a stop at Rodney Square for some routes that pass right by on the way out of town. We’re pleased to be able to address some of the issues sooner, rather than waiting until the May service change.”

Some of the improvements include:
● Adding seating at new bus shelters on French St. at 8th St., as well as 10th St. at Tatnall St.

● Shelters/canopies are being ordered for installation along King Street at 10th St. alongside the library, at 9th and 6th Streets.

● Beginning this Sunday, February 11, the Rodney Square stop on 10th St. will be restored for service for Routes 2, 6 and 28.

Sisson points out that after restoring service on Routes 2, 6 and 28 next week, there will still be 15 routes serving stops at the square; however, the other route changes will remain in effect and will not be restored to Rodney Square.

In addition to concerns, several riders offered support to some of the recent changes, including the new route combinations. In addition to relieving congestion on the streets surrounding Rodney Square, by combining some routes, DART is able to offer a one-seat ride, eliminating the need to transfer for those traveling through Wilmington.

Bus Route 4, which was combined with Route 24 and operates between Edgemoor through downtown Wilmington to Prices Corner, has experienced on-time performance issues. Based on actual bus running times, it’s apparent that more time was built into the schedule than what is needed. A revised schedule is being developed with a tentative release date of March 4.

Senator Robert Marshall said, “Bus riders from Wilmington and other places are returning to Rodney Square and new bus shelters and canopies will protect riders from inclement weather. This is a positive first step.

John Sisson, DTC CEO, listened to riders and advocates at public meetings and acted in the best interest of DART riders. I view this as a friendly change affirmed by Governor Carney and Cabinet Secretary Cohan with more rider-friendly improvements to our public transit system in the future.”

“As I have stated before, the success of our state depends in large part on the success of Wilmington,” said Governor Carney. “Rodney Square, which was never intended to serve as a transit hub, can and should be the crown jewel of Wilmington. We must continue the work to revitalize the Square as a historic public park. We’re continuing to make improvements to our transit system that balance the needs of riders and those who use Rodney Square.”

DART heard concerns regarding other routes, including Routes 13 and 18, that are being reviewed for DART’s May service change. Service proposals will be presented at upcoming Public Hearing Workshops: 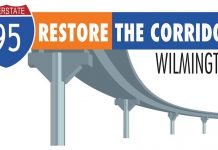