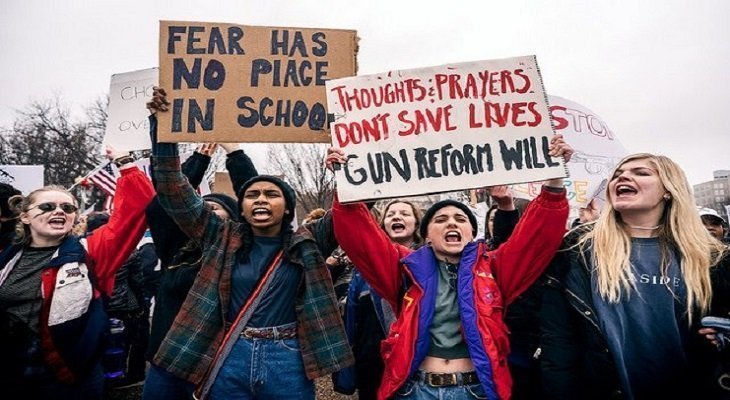 WILMINGTON (DE): “Working together, states can take action that will directly confront the threat of gun violence, and reduce the toll it takes on our communities,” said Governor Carney. “This partnership will help us better share data across state borders, intercept the flow of illegal guns, and provide law enforcement with more tools to stop violence before it happens. Delaware is proud to join this partnership, and we look forward to getting to work.”

“The members of the States for Gun Safety Coalition are excited to have Governors Charlie Baker, John Carney and Ricardo Rossello join us in this partnership,” said New Jersey Governor Phil Murphy. “Together, we can take steps and enact measures to protect our residents and our communities. A collective of states can broaden the reach and impact of gun safety laws even if Congress or the President do not take action.”

“It’s time for the horrifying mass shootings that have plagued this country for far too long to spur real action and real policy changes,” said New York Governor Andrew Cuomo. “Our states collectively already have better gun safety laws than the federal government, and by working together to share information and bolster enforcement, we will keep guns out of the hands of dangerous individuals and better protect our communities. If the federal government refuses to act, we will work together to enact the important reforms families deserve, and I welcome these new states to our coalition.”

“The addition of Massachusetts, Delaware, and Puerto Rico to this multi-state coalition is an important step toward regional cooperation to prevent gun violence, and I applaud these governors for being a partner in this endeavor,” Connecticut Governor Dannel Malloy. “The massacre in Parkland – like the massacres in Las Vegas, Orlando, San Bernardino, Umpqua, Aurora, Sandy Hook, and countless others – are a tragic reminder of the urgent need to tear down political barriers and work together to make our communities, schools, and public places safer. I am hopeful that this represents the beginning of a turning point and that more states will join our growing partnership. That said, while we can make a significant difference, we need real and substantive action from Congress if we are serious about ending this epidemic of gun violence. It shouldn’t need saying, but the lives of children are far more important than any powerful special interest. It’s time to act.”

“Governor’s from both sides of the aisle are coming together to take action on gun violence. We cannot afford to wait another minute for Washington,” said Rhode Island Governor Gina Raimondo. “Earlier today, I signed an executive order establishing a state wide red flag policy, and Rhode Island will continue to take proactive steps to combat gun violence. By working together across state lines, this coalition will save lives. I welcome MA, DE and PR to our coalition.”

“Massachusetts is pleased to join the gun safety coalition to enhance the strong gun control measures already in place in the Commonwealth and our public safety officials will work collaboratively across state lines with coalition members to bolster efforts for stronger communication to keep our communities safe,” said Massachusetts Governor Charlie Baker.

“We need to bring attention to the fact that there is an undisputed relation between the lack of gun control regulations and recent acts of gun violence that has resulted in the loss of innocent lives and that has brought together a Nation demanding action now,” said Puerto Rico Governor Ricardo Rosselló.

As part of the States for Gun Safety Coalition, Delaware will join a multi-state task force to trace and intercept illegal guns in the region. Delaware will also work in cooperation with other partner states to enhance intelligence gathering, information sharing, and response efforts related to gun violence. Participating states will leverage collective investigative resources in order to determine comprehensive, coordinated plans for gun violence responses.

Delaware will also now join partner states to share information about individuals who are prohibited from purchasing or possessing a firearm within each state. That information pathway enables law enforcement agencies to know if an individual has attempted to purchase or permit a weapon in a participating state. The agreement, in accordance with federal and state privacy protections, will provide state law enforcement agencies with details on the firearm purchase or permit denials for those who are disqualified. People may be disqualified from owning a firearm for several reasons, including an order of protection, commitment for a mental disorder, or criminal history.
Additionally, the partner states will also work together to designate an institute of higher education to join the Regional Gun Violence Research Consortium, a multi-disciplinary data-collection group tasked with producing recommendations for reducing gun violence.

By working cooperatively, participating states are making an effort to tackle issues related to the epidemic of gun violence, even if Congress and the President fail to take federal action.

GOV Carney on gun safety: We stand ready to do our part here in Delaware 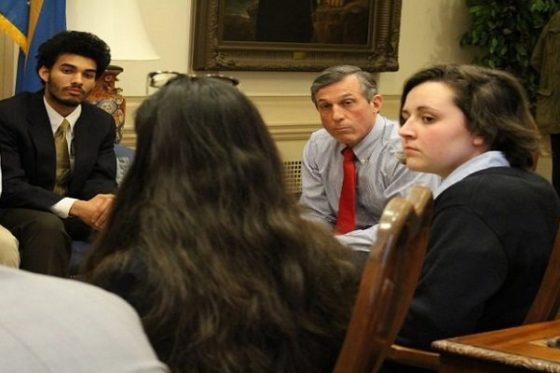