DOVER (DE): Today Delaware announced that all 911 centers statewide are ready to receive text messages in the time of an emergency. 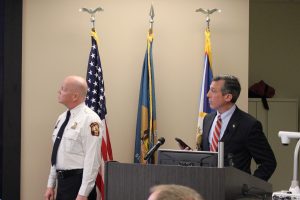 Today Delaware announced that all 911 centers statewide are ready to receive text messages in the time of an emergency.

“There are many emergency situations that occur each day placing our citizens in a position where making a call is not possible,” said Governor Carney. “Text-to-911 is a life-saving technology, giving our citizens one more way to reach out for help when they need it most. This is just another step Delaware is taking to make our communities safer.”

While “Text-to-911” is now available, voice calls to 911 are still the best and fastest way to contact 911 in the event of an emergency.

“Text-to-911” is meant for times when a call to 911 is not possible due to the caller being incapable of speech during an emergency, if the caller is hard of hearing, or if the caller is in a situation where it is not safe to place a voice call.

Recent upgrades to equipment and operating system software in 911 Centers statewide, funded through the State’s E911 Board provided the technology needed to support text messaging. This project transitioned the State’s 911 emergency communications system which operated on copper lines to an internet based system with more flexibility for communication and interoperability. 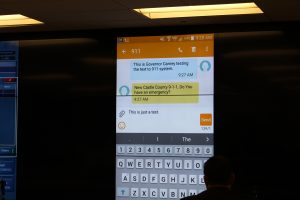 Today Delaware announced that all 911 centers statewide are ready to receive text messages in the time of an emergency.

“As chair of the State’s E911 Board, I am extremely proud of this project as the system permits our 911 Centers to accept texting today and in the future will enable us to accept other types of electronic data including pictures and video,” said Safety and Homeland Security Secretary Robert Coupe. “This project also provides new technology that significantly improves operations for our 911 Centers making emergency communication more reliable and efficient for our citizens and the public safety community.”

To quickly get help through Text-to-911, the first text should be short and include the location of the emergency and ask for police, fire, or ambulance. Texts should be in simple words with no emojis, abbreviations or slang. Texts should also not be included on a group conversation.

“The 911 system has been a literal lifesaver for millions of Americans over the years, and since its introduction in the 1960s, 911 has had to adapt to all sorts of changes in technology, public safety needs, and user habits,” said Sussex County Council President Michael H. Vincent, a longtime volunteer firefighter and member of the State’s E911 board. “There was a time when most calls came from landlines at physical addresses. That’s not true today with everyone carrying a cell phone. So by offering the ‘text-to-911’ feature, Sussex County and Delaware’s 9-1-1 call centers are once again adapting to change, and will now have the latest technology in place to continue providing the critical service our public expects. If one person uses this features and it saves a life, then it proves its worth.”

“Text-to-911 is a critical lifeline for those experiencing domestic violence and for other victims of crimes to reach out for immediate help when making a phone call is simply too dangerous. Those who are deaf, hard of hearing or have a speech disability now have a powerful tool to connect with first responders,” said New Castle County Executive Matt Meyer. “We should all be proud that our public safety leadership across the county and state are embracing wireless technology to provide a more efficient response. Call 911 when you can. Text 911 when you can’t.”