WILMINGTON (DE): The deadly school shooting last month in Parkland, Florida, has ignited national outrage and calls for action on gun reform. But while certain policies may help decrease gun violence in general, it’s unlikely that any of them will prevent mass school shootings, according to James Alan Fox, the Lipman Family Professor of Criminology, Law, and Public Policy at Northeastern.

Since 1996, there have been 17 multiple victim shootings in schools, or incidents involving 4 or more victims and at least 2 deaths by firearms, excluding the assailant. Of these, 8 are mass shootings, or incidents involving 4 or more deaths, excluding the assailant. What’s shocking is we’re only 12 weeks into the new year and there have already been 8 multiple victims shootings in schools. 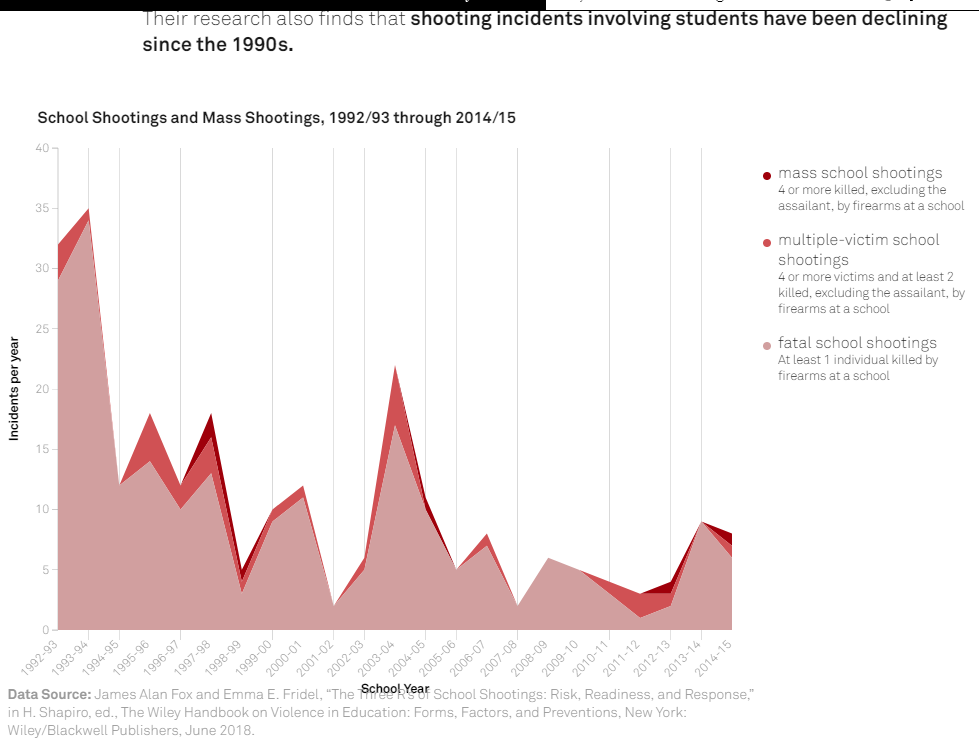 A study by Northeastern University suggests this is not an epidemic. “Mass school shootings are incredibly rare events.”, according to James Alan Fox and doctoral student Emma Fridel, who found that on average, mass murders occur between 20 and 30 times per year, and about one of those incidents on average takes place at a school.

Schools are safer than they were in the 90’s and school shootings are not more common than they used to be, researchers say at Northeastern University.

While a national outcry was under way for better gun control, America reels in yet another school shooting. The latest at Great Hills H.S. in Great Hills, M.D.

In a statement issued by the St. Mary’s County sheriff’s office said evidence indicates that last Tuesday, after Rollins fired a single shot that hit one student in the head and another in the leg, he was confronted in a hallway by Gaskill. 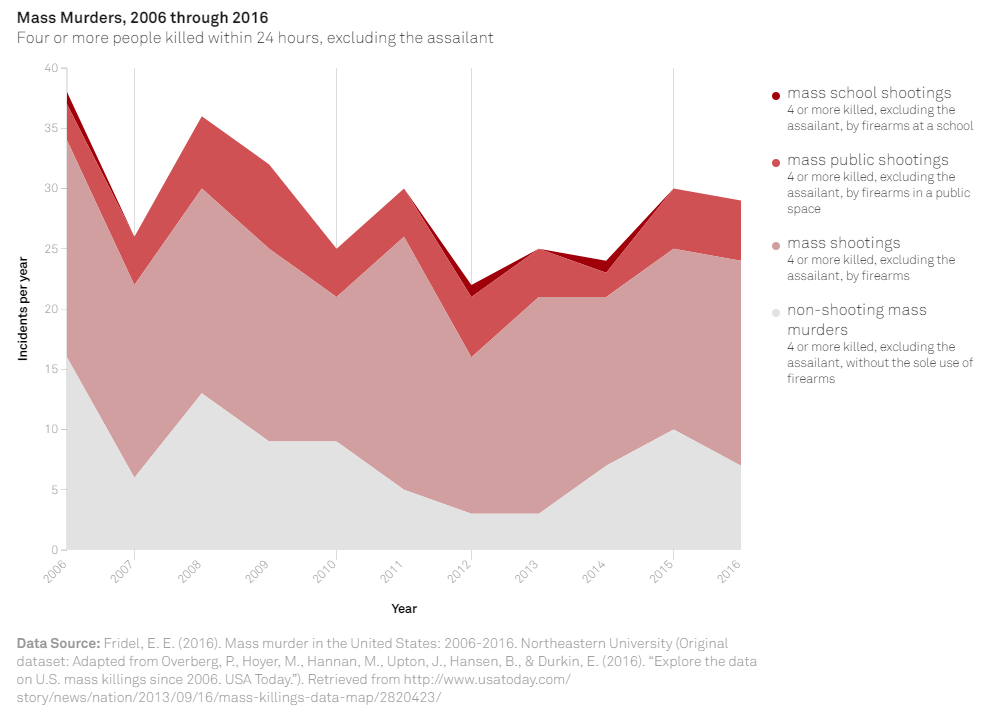 “People always want to know ‘when does it get back to normal?’” said Frank DeAngelis, who was the principal at Columbine High School in Littleton, Colo., in 1999 when two students gunned down 13 classmates and staff members. “And, unfortunately, it does not. You really have to redefine what normal is.”

Nearly two decades since the Columbine tragedy became an indelible touchstone for unimaginable violence in the haven of a school and as the pace of school shootings seems to have accelerated, the grim reality that this can happen in any school, any district, any community, is forcing some education leaders who’ve experienced the worst to write a tragedy playbook for their peers.

“You have to have a plan … because this is such a regular occurrence now,” said Daniel Domenech, the executive director of AASA, the School Superintendents Association. “This has to be a plan—a bible—with specific points that say, ‘This is what I have to do, this is who I have to talk to’ … It’s almost like a flight plan.”