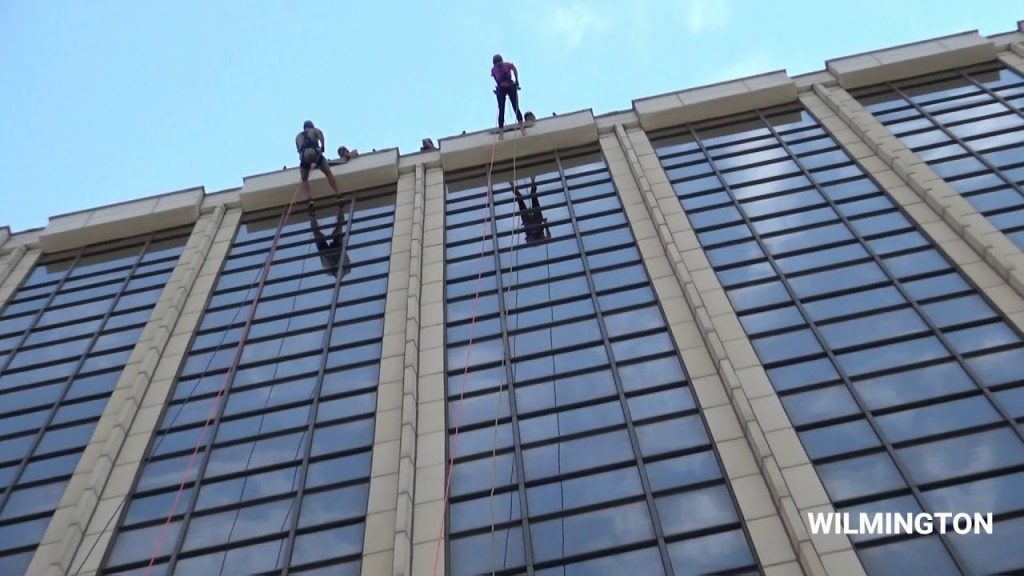 If you didn’t rappel 17 stories on Thursday, then you don’t know what you missed. An opportunity that only comes once a year and only from the PNC Bank building at 300 Delaware Avenue in Wilmington.

WILMINGTON (DE): Going Over the Edge, is sponsored by TD Bank, Brandywine Realty Trust and New Castle County Fire Service. It’s also is the state’s only rappelling fundraising event of its kind.

But why would you want to hang off the side of a building in the city of Wilmington like Spiderman? For one, it’s an opportunity to face your fear of height. It’s also for a good cause, and for those thrill seekers who have no fear, this was nothing short of a challenge.

So what is “Over The Edge?”, Over The Edge is an adventure experience company that helps non-profits and businesses hold incredible rappelling events for fund raising, team-building, and good-old fashion fun! Since 2008 we’ve helped raise over $74,000,000 million dollars for causes around the world!, according to the Over The Edge website.

According to Paul Griffith, founder of Over The Edge, “Over The Edge was begun to give back to three local non-profits in Nova Scotia, Canada. With a background in adventure sport, I thought it would be fun to invite my friends and the Halifax business community to the roof of the tallest building, charge them $1,000.00 and get them to climb down it. So, we did, and we raised almost $70,000 for local charities.”

Lana Patton rappelled Last June., “I rappelled down Toronto’s City Hall for the fourth time. You’d think it’d be old hat by now, but each time I take the plunge (a 242 foot plunge that is), my knees feel weak, my legs shake and I get a queasy feeling in my stomach. But I persevere and move forward…or downwards I should say.
This leap of faith isn’t a hobby, but to raise awareness and funds for Make-a-Wish Canada, a foundation close to my heart whose mission is to grant the wishes of children with life-threatening medical conditions.”

Nancy Johnson of the WSTW Wakeup Crew was the first of 90 adults from across the state who rappelled 17 stories (222 feet) down the 300 Delaware Avenue building in Wilmington, shortly after 9:00 a.m. Edgers continued to rappel throughout the day.

According to an earlier press release, “In its seven-year history, more than $896,000 has been raised for Special Olympics Delaware.”

“This is one of those unique events we do that has just seemed to capture the interest of our community,” said Ann Grunert, executive director of Special Olympics Delaware. “While we know the thrill is part of the attraction, we are also told by many that their inspiration to take on such a daring feat comes from our athletes themselves, who inspire us every single day.” 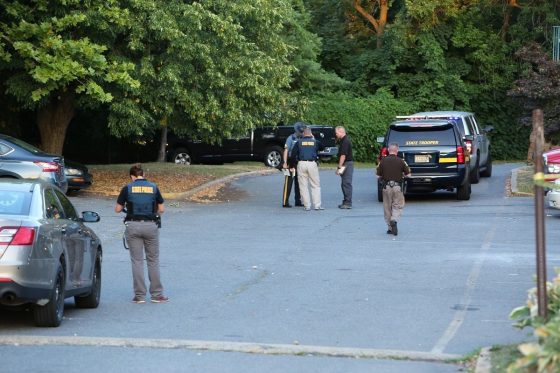 Police investigate shooting that sent one man to hospital 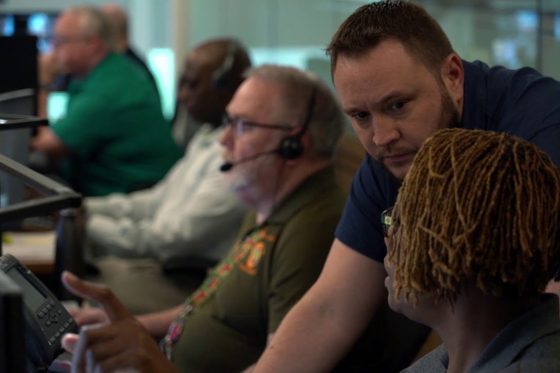 How the CDC responded to the Coronavirus 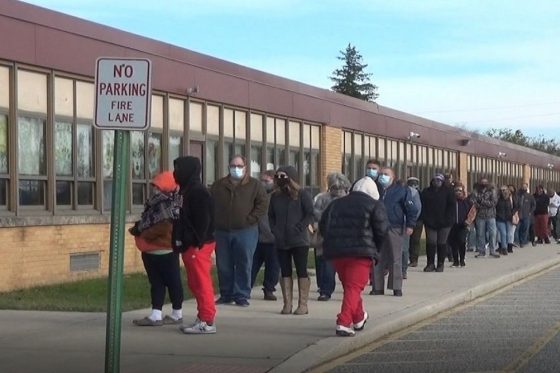