Some may say that an arsonist is the birthing of a murderer. After witnessing this horrendous blaze first hand, I couldn’t agree any more.

NEW CASTLE (DE): “He came up to a cashier at one of the check-out registers, claiming that there was a fire in one of the isles. I shrugged it off as a joke because that’s exactly what happened in the last fire in the store. The man then left the store, and seconds later I realized there really was a fire.”, according to someone who asked not to be identified because they were not authorized to speak to the media.

“As employees and customers evacuated the store, the same man was then seen exiting the liquor store next to Dollar Tree. An employee at the liquor store later told the source, “A man came in and told me that Dollar Tree accused him of setting the fire and walked back out.”

Another witness in the parking lot then saw the man, standing near a vehicle starring at the store as it burned. A witness was able take a cell phone picture of the man and the vehicle he fled in, which was also occupied by another male.

In an earlier release by Assistant State Fire Marshal, Michael Chionchio, a fire was reported at around 7:00 p.m. at the Dollar Tree store in the Beaver Brook Plaza just off route 13 near New Castle. Smoke was coming from the roof with flames inside the building when Wilmington Manor Fire Company arrived. The fire was upgraded to a two-alarm fire almost immediately, and all available personnel was summoned to the scene, Chionchio said.

Exterior video surveillance showed a man, later identified as Timothy McDowell, 58, of Bear, exiting the store and was the first person to exit the store as the fire progressed. The video showed him and another man fleeing in a vehicle, according to court documents obtained by Delaware Newsline.

On March 24th, investigators returned to the scene and determined that an open flame was used to intentionally start the fire. The isle where the fire was started displayed seasonal hand bags and specialty items on a wall – all made of paper. 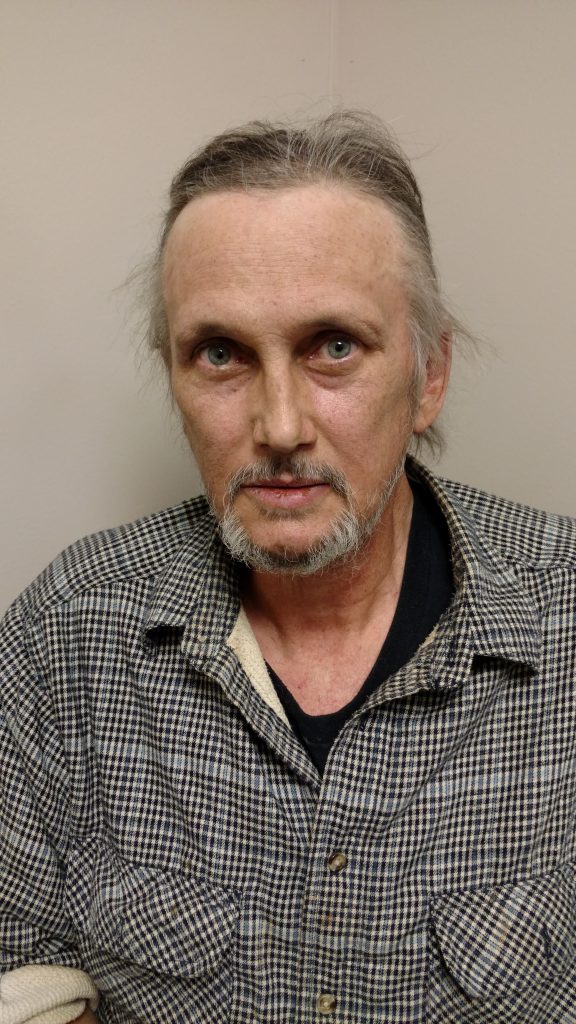 Timothy M. McDowell, 58, was apprehended at a home on Red Lion Road, Bear without incident. He was charged with felony Arson 1st degree and felony Reckless Endangering 1st (3 counts) after authorities say he used an open flame to ignite a fire at the Dollar Tree store in New Castle.

The Delaware Office of the State Fire Marshal and federal bureau of ATF from the Baltimore field office arrested McDowell, on March 24th. McDowell was apprehended at a home on Red Lion Road, Bear without incident. He was charged with felony Arson 1st degree and felony Reckless Endangering 1st (3 counts).

According to court documents, three employees and a number of customers were inside the store at the time of the fire. Fortunately, they were all evacuated, and no one was injured.

According to court documents, Investigators interviewed customers and employees which revealed that “the suspect was the only person in the isle where the fire occurred.” The suspect made a claim that there was a fire in the isle. Unfortunately, we can’t confirm or deny that information because the court documents redacted such information.

This makes the second time the Dollar Tree was on fire within two months. The first fire was reported on Jan 24 just after 7:30 p.m. in that fire, crews reported smoke showing from the front door with a fire in one of the display racks. It is unknown if that fire is connected to McDowell.

The store was only open for about a week prior to the March 23rd fire according to a source connected to Dollar Tree.

Delaware Newsline was unable to reach out to Dollar Tree for comment on this story, and a reliable source with Dollar Tree explained in a phone interview that employees who were working at the time were asked to sign a confidentiality agreement that they would not speak to the media about the fire.

But why do people become arsonists? According to an article by Burned Journalism, Arsonists are driven to start fires for many reasons. Some do it for financial gain. Some are seeking revenge. Some want to be heroes. And some suffer from psychological or emotional issues.

It’s not easy to spot the signs of an arsonist., “it’s not like if you go into their apartment and there’s arsonists’ magazines or they’re locked in a bathroom looking at pictures of fire,” said N.G. Berrill, a forensic psychologist focusing on psychopathology and the psychology of criminal behavior for 29 years and has treated more than 30 arsonists. “People hide it pretty well.”