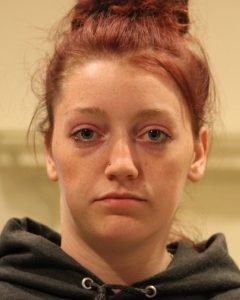 Photo by: DNREC of Cassidy M. Sawyer, 19, of Leipsic

In response to the enforcement, Cassidy M. Sawyer, 19, of Leipsic, was arrested May 26, and charged with one count each of: possession or consumption of marijuana by an 18 to 21-year-old, personal use quantity; possession or consumption of heroin; and possession of drug paraphernalia not marijuana-related at Port Mahon near Dover. Sawyer was arraigned at Justice of the Peace Court 7 in Dover, where she was released on $751 unsecured bond, pending a future court date.

Food Bank of Delaware to announce a $400,000 donation in Newark today