HAPPENING NOW
A gunman was shot and killed by police after he opened fire and took hostages at a UPS facility in Sweedesboro, NJ.

SWEEDESBORO (NJ): 39 Year-old William Owens is dead and his hostages freed unharmed after nearly a 4 hour standoff with police after he opened fire at a UPS sorting facility in Sweedesboro, New Jersey.

It all happened around 8:30 a.m. Monday morning in a small industrial district that is home to several industrial facilities including a Home Depot, Amazon, and a CEVA Logistics Warehouse.

Owens was armed with a hand gun at the time police shot him and was pronounced dead at the scene.

According to the state Attorney General’s Office, Owens was shot and killed by police as he exited the facility with his two hostages. The hostages were not harmed. One of those hostages was Owens ex-girlfriend.

“Both of the hostages have also been taken from the scene. Apparently, there was no serious injuries to either one of these hostages at this point in time”, “There was apparently a relationship between a man and one of the women,” said Gloucester County Prosecutor Charles Fiore.

Employees said the suspect was angry at his ex-girlfriend.

Authorities say a suspect entered a UPS building in the 200 block of Birch Creek Rd in Sweedesboro, NJ at around 9:30 am and opened fire in the facility.

Earlier today, authorities said the suspect entered the UPS building in the 200 block of Birch Creek Rd at around 8:30 am, pistol whipped a security guard, and took two women hostages after firing shots into the air. No one was struck in the initial shooting, Fiore said. It was not known if the security guard whom the worker said was pistol-whipped was seriously hurt.

Roads leading to the facility was closed down and the community was put on lockdown as multiple police agencies, SWAT, FBI, and ambulances began swarming the facility. When officers arrived inside the facility, they found a man barricaded himself in the building and taken two women hostages.

Logan Township School District went into a modified lockdown which means all exterior doors and classroom doors were locked until the ordeal ended.

At a press conference, authorities stress the incident was contained at the UPS facility and all other businesses and areas within the community are secure. Hostage negotiators began talking to Owens by phone as he held the women in a barricaded room.

EMPLOYEES GOT OUT SAFELY: 32 UPS employees got out of the building safely and were transported to a nearby Holiday Inn 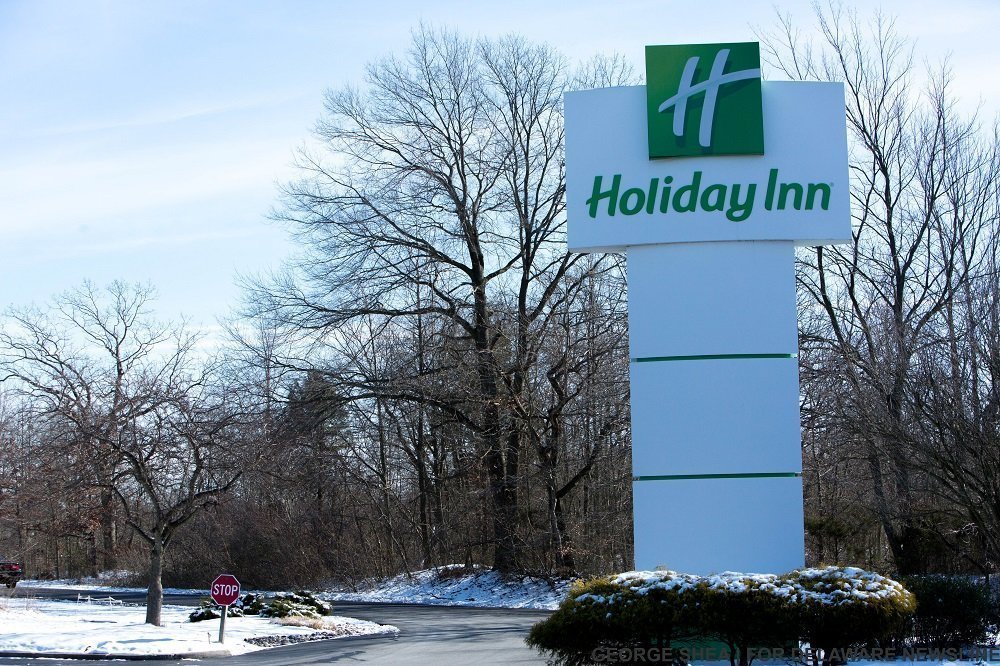 According to authorities, during the ordeal, 32 UPS employees escaped from the building safely and were transported by school buses to a nearby Holiday Inn being set up as a shelter. The American Red Cross are assisting those employees at the hotel.

MORE SHOTS FIRED AS MEDIA WAS REPORTING ON THE EVENT: MULTIPLE GUNSHOTS COULD BE HEARD A HALF MILE AWAY. 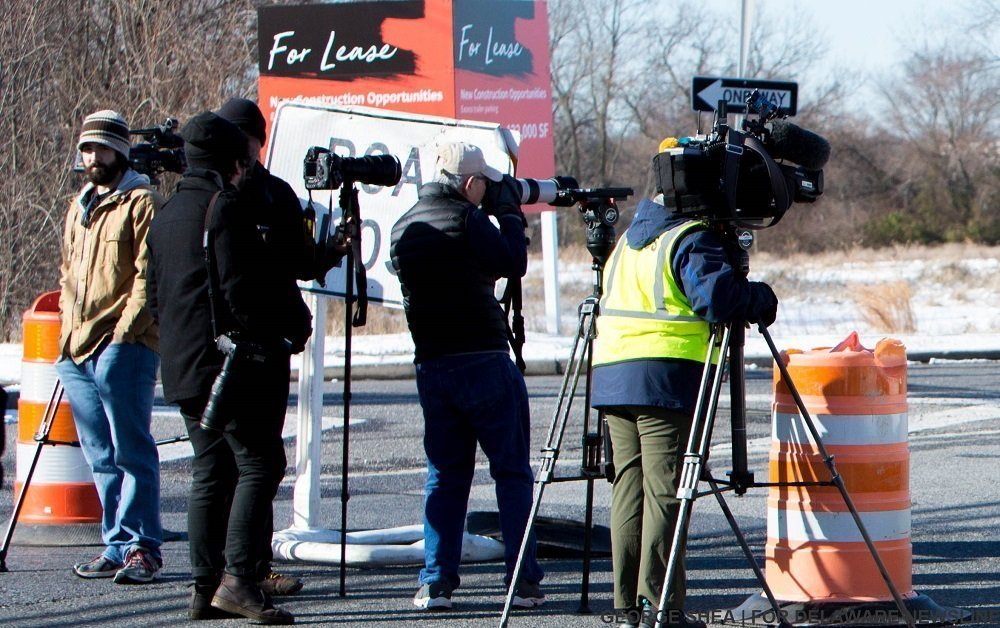 Shortly before noon, a short burst of gunfire was heard from the area of the facility. Authorities didn’t say how many shots police fired, or whether the gunman fired shots. The shots could be heard a half mile away where the media was being staged.
HOW IT ENDED: THE SUSPECT DID NOT SURRENDER AND WAS SHOT AND KILLED BY POLICE AS HE EXITED THE FACILITY WITH TWO HOSTAGES.

According to Prosecutor Charles Fiore, “The armed suspect did not surrender, but rather he was taken into custody after an apparent confrontation with police.” The situation is “resolved.”, Fiore said.

Officials confirmed multiple members of law enforcement shot and killed Owens. They have not yet confirmed whether or not Owens fired at police.

“I’m not certain whether he did or not,” Fiore said. “There are no injuries from a law enforcement standpoint.” 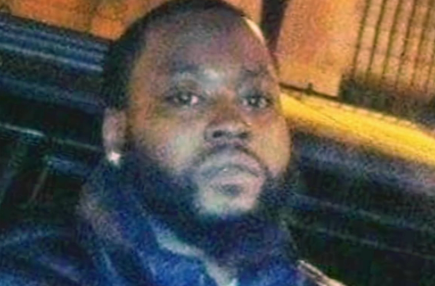 Answering questions from multiple media outlets, Family members speak out and say he was an honorable man and it was surprising to see what happened.

“Angry, frustrated and trying to make sense of what happened.” Owens mother said.

Other family members said mental health issues may have played a role in today’s events.

Owens’ niece, who did not want to be identified said, “This isn’t my uncle. He was never like this.”

“It’s hurtful. It’s hard,” Paris Thomas, Owens’ current girlfriend, said. “This is all surprising to me. I didn’t even know this was going to happen.”

Officials say they will continue to speak to Owens’ family members as the investigation continues.

WITNESSES TO A HORRIFYING EVENT: “EVERYONE WAS SCREAMING, EVERYONE WAS SHOCKED WITH WHAT’S GOING ON,” “PEOPLE WERE FALLING ON THE FLOOR.” 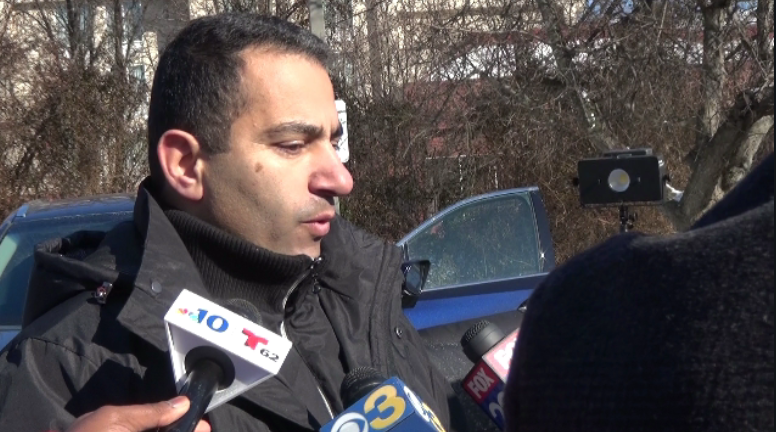 Ashraf Hajomar is a truck driver who was just arriving to the UPS facility to pick up mail that needed to be delivered when he saw the gunman walk in and terrorize a woman. “Everyone was screaming, everyone was shocked with what’s going on,” “People were falling on the floor.”

“He grabbed his girlfriend, started punching her, and said, ‘I have nothing to lose,’” described Hajomar. “And he pulled a gun and shot into the air.”

Charlene Carter was one of the workers who was in the facility at the time. “The lady said he got a gun, and I ran. I ran back out the door,” said Carter. “If I had clocked in he would have had me at the gate.”

Carter also said one of the hostages involved was the suspect’s ex – “She had a restraining order against him and everything,” she said.

People started to panic and scatter following the gunshots. Some started calling 911, but when authorities arrived, it only escalated tensions.

“The guy come up there with a gun, beating her all in the face and then shot the gun up in the air in front of us,” said one witness. “He was like ‘I’m going to kill her, she was cheating on me.'”

Owens was not an employee at the UPS facility, family members said, but did work at another business at the same industrial park. 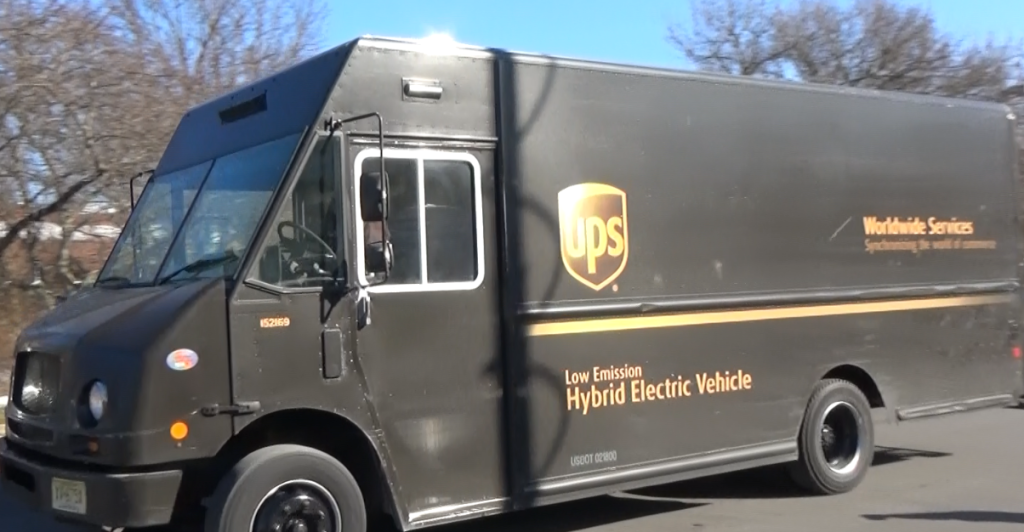 UPS said it was “assisting local law enforcement” in a statement. The company said that “support services would be available for employees who work at the site as they recover from this unfortunate event.”

“UPS greatly appreciates the work of the law enforcement personnel who responded to this morning’s active shooter situation at the company’s supply chain processing facilities in Logan Township, New Jersey. The incident is concluded, and all of the employees are accounted for and being attended to by local officials. Support services for employees who work at the site will be provided as they recover from this unfortunate incident.”

The Attorney General’s Office is investigating the incident.