Plans for the 2,500-seat arena were announced in November of 2017 in a joint venture between the Buccini/Pollin Group and the Philadelphia 76ers. Ground was broken in August for a $30 million facility that includes $4 million in state and city funds.

WILMINGTON (DE): “For the franchise as a whole, it’s special for player development to have this facility,” said 76ers general manager Elton Brand, the former Blue Coats GM.

“But also for Wilmington. You come off the highway and you see that 76ers logo. For the children in the community to have a place like this to play sports is a special thing.”

Still to come are an enclosed 100- by 70-yard playing field with artificial turf, an outdoor turfed field covering 120 by 75 yards, plus a Nemours physical therapy clinic and Titus Sports Academy performance training center.

Among those attending Wednesday’s game were both Delaware U.S. senators — Tom Carper and Chris Coons — as well as Gov. John Carney and Wilmington mayor Mike Purzycki. Taking in all the fanfare, Carper simply said, “It’s unbelievable.”

Wednesday’s sellout at the nearly $30 million dollar complex was the first and many more to come however, with all the excitement, the Blue Coats couldn’t turn all the field house energy into a victory, as the Memphis Hustle, down by 11 entering the fourth period, rallied for a 110-106 win. The crowd protested mightily when Cameron Oliver’s game-tying, driving layup with two seconds left was erased by a charging call. Even with a loss, the players loved the experience.

It did take some about 30 minutes to get into arena parking lots, which wasn’t unexpected with the large crowd. That’ll be less of an issue later this season when a road under construction on the arena’s north side, with an exit from northbound South Market, is completed. It will lead directly into field house parking lots. But seeing traffic on South Market Street was a positive sign, said Blue Coats president Larry Meli. He called Wednesday night “surreal” as he watched the team play in its own brand new building with so much fanfare.

As a courtesy, tip-off was delayed slightly so more people could get inside. Even though it was a sell out night, the seats were about half full when the game started because some preferred to stand or had tickets for the mezzanine level.

“We were really excited to play here,” Blue Coats coach Connor Johnson said. “We’ve been looking forward to it for a long time and to finally get out there was great. We’re happy to be in the Wilmington community and seeing people showing up for our games so we’re excited about it.”

“To see it come to fruition is really special,” Meli said. “… You have to be in this community, doing good work. I think when you do that people take pride in that.” 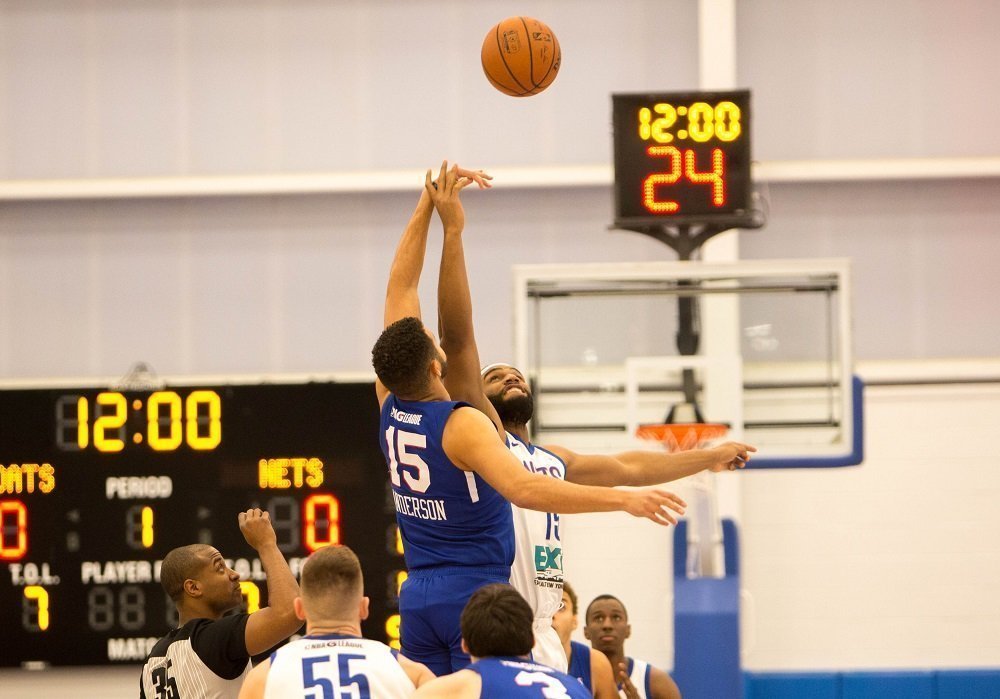