HAPPENING NOW
Rosters for the 64th annual game have been announced for the 2019 Delaware Blue & Gold All-Star Football Game.

The players are chosen based on their outstanding character and football ability. At least one senior from each school with a football team is invited. The Tatnall Hornet’s was not on the rooster this year because they did not have any senior football players last year, so they don’t have a stay in this year’s game.

St. Elizabeth’s Marvin Dooley will also serve as camp director and his assistant camp directors will be Preston Grace of Woodbridge, John Wilson of St. Georges and Frank Moffett of Hodgson.

What you need to know about this year’s game.

“We are going to save $8,000 by moving it one day earlier,” DFRC executive director Tony Glenn explained. “So if DFRC can find a way to get more money out to the folks who need it, that’s our first priority.” 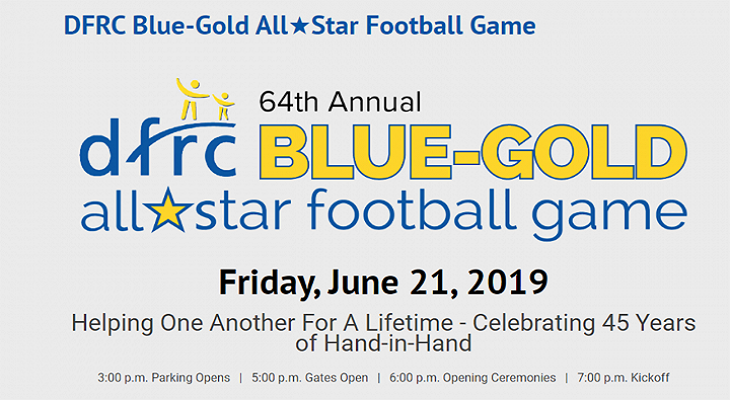 How the All-tar Football Game Works:

See you at the game!