HAPPENING NOW
Woodbridge’s  Gabe Wescott made an awesome catch in honor of his teammate, in Gold’s 38-24 win in the 2019 DFRC Blue-Gold All-Star Football Game. Gold players scored 9 of the 10 touchdowns. 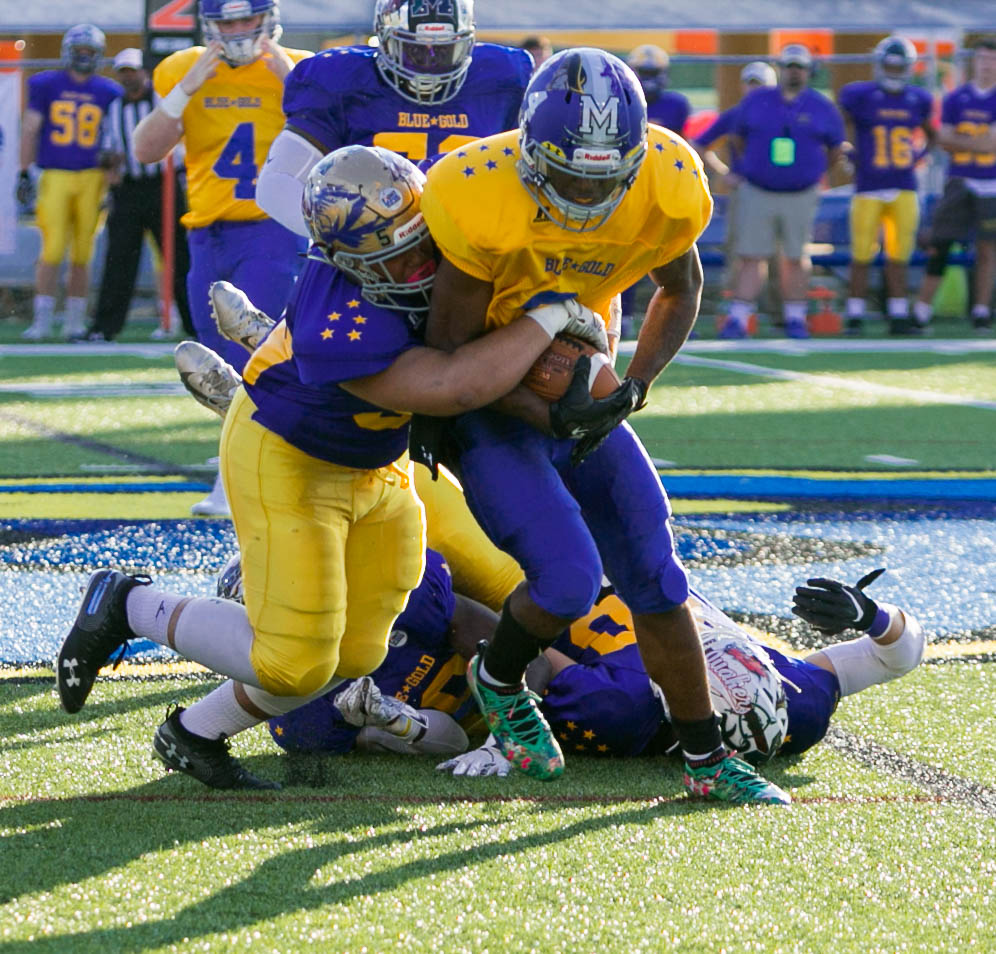 Treated to the highest-scoring game in Blue-Gold’s 64 years, a crowd of 7,103 turned out for the first Friday night kickoff in the game’s history at the Delaware Stadium.

The amazing talent of the Sussex team was obviously motivated by Haynes, who was set to be one of the Gold team’s quarterbacks before being diagnosed with kidney cancer. The two-time DIAA Division II champion wore No. 4, and each of his four Woodbridge teammates wore that jersey for the first quarter of the game.

“Since January, we’ve been talking about Troy,” said Caesar Rodney’s Dan Candeloro, the Gold head coach. “It hit the whole football family in the whole state, and the state bought in. The kids bought in. They came in from Day One, they were focused, and they wanted to win for Troy.”

“Fight Like 4” has become a rallying cry, popping up on fundraising T-shirts worn by high school athletes and students across the state. So in a game that involved all of Delaware’s football-playing schools, it was appropriate that a couple of Woodbridge players led the Gold team’s comeback.”, Candeloro said.

Treated to the highest-scoring game in Blue-Gold’s 64 years, a crowd of 7,103 turned out for the first Friday night kickoff in the game’s history. 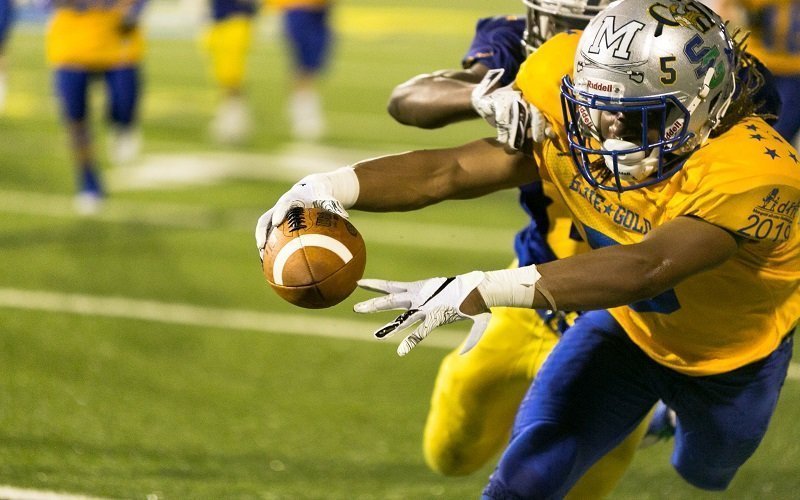 Treated to the highest-scoring game in Blue-Gold’s 64 years, a crowd of 7,103 turned out for the first Friday night kickoff in the game’s history at the Delaware Stadium.

Blue Raiders running back Jamon Kane was named the game’s outstanding player after rushing for 123 yards and a touchdown. Woodbridge receiver Gabe Wescott received the Gold’s leadership award after scoring twice, on a kickoff return and spectacular reception. Woodbridge linebacker Brock Keeler and lineman Josh Propes also made impacts for the Gold.

The Blue team still leads the overall series 32-29-3, and the upstate stars got off to a great start when two A.I. duPont teammates — quarterback Chad Jones and receiver LeRoy Lynch — hooked up for a 55-yard touchdown pass and a 6-0 lead just 3:20 into the game. 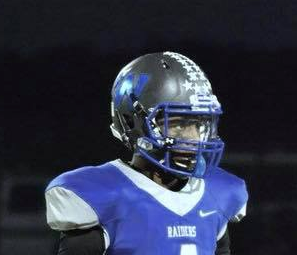 “Troy Haynes is an 18 year old, kind, compassionate, and athletic teenager with big-time aspirations and dreams in his life.”

“On April 26th, Troy was diagnosed with Kidney Cancer and was scheduled for surgery on May 10th to remove his infected kidney and clean the lymph nodes around his kidney and arteries.

According to a Go Fund Me page set up by the Haynes family, “Chemotherapy is still a possibility for Troy, depending on the success of this surgery. Lesions are also on Troy’s lungs, however, at this time, doctors are most concerned with his infected kidney. Troy has been incredibly strong and positive throughout this process, a testament to his strength and support system.”

Troy is described as, “an 18 year old, kind, compassionate, and athletic teenager with big-time aspirations and dreams in his life. Currently, Troy is a senior at Woodbridge High School (Greenwood, DE) with graduation right around the corner. In addition to being a highly respected student, Troy is a highly respected athlete across the state of Delaware. Troy is a very well-known Quarterback – a four year starter, All-State Player, Blue-Gold All-Star game selection, and a two-time State Champion. Troy committed in December to continue his academic and athletic career at Division Three power Mount Union. Troy is loved by many, especially his family, coaches, and teachers.”

HOW THE ALL-STAR FOOTBALL GAME WORKS

The game benefits the Delaware Foundation Reaching Citizens with intellectual disabilities and showcases the state’s top high school senior football players, along with their hand-in-hand buddies as well as cheerleaders, band members and school ambassadors.