AUTOPSY RESULTS “The individuals have been turned over to the Delaware Division of Forensic Science where autopsies were performed and have ruled the deaths to be murder/suicide by gunshot.”, Delaware State Police.

WILMINGTON (DE): It’s been a horrible two days for many connected to the Manor Care Nursing Home on Foulk Road in Wilmington and moments ago, Delaware State Police released the names of the two individuals that were found dead during a murder/suicide incident on Saturday.

According to Delaware State Police spokeswoman Melissa Jaffe, “The individuals have been identified as 82-year-old Louis M. Camerota and his wife, 79-year-old Gail F. Camerota.”

“Louis Camerota came to the facility to visit his wife Gail Camerota who was a resident. Louis approached his wife in a common area of the facility where he shot her once before turning the weapon on himself, resulting in both their deaths at the scene. The incident was contained in that common area and there were no other reports of injuries., Jaffe said.”

Multiple law enforcement agencies began arriving at the scene in droves. Dozens of Delaware State Police responded, along with New Castle County police, Wilmington police, and EMS personnel. Emergency vehicles swarmed the facility parking lots and lined up in front of the facility on Foulk Road, as employees were seen running from the facility. Traffic jammed both sides of Foulk Road until DELDOT was called in to shut the road down. 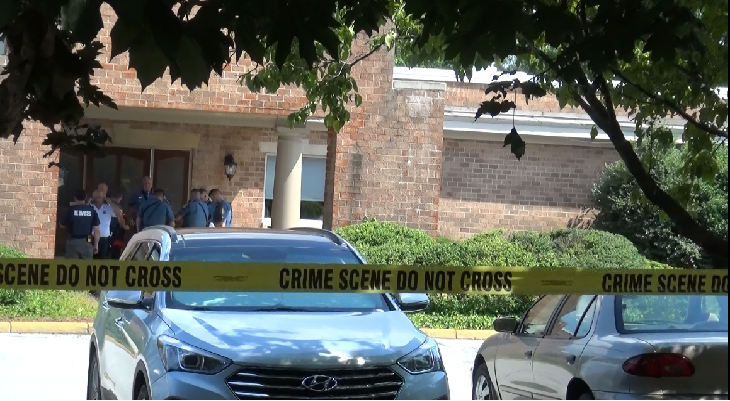 Moments later, heavily armed police in tactical gear, helmets, and armed with assault rifles prepared to enter the building. As they cleared the building, what they found on the lower level Dementia wing is something you wouldn’t expect to see in a nursing home.

As they made their way towards the lower level to clear it, they discovered two bodies and nearby was a handgun.

According to Delaware State police, “An 82-year-old male and a 79-year-old female were both pronounced deceased at the scene from apparent gunshot wounds. The female was a resident of Manor Care. A handgun has been recovered from the scene. The individuals have been turned over to the Delaware Division of Forensic Science where an autopsy will be performed to determine the manner and cause of death. The victims’ identities are being withheld pending the notification of the next of kin.”

Delaware State Police declared the facility safe shortly after 2:00 PM. and said, “The facility has been rendered safe and there is no concerns for public safety at this time.” Police say they are not looking for any suspects. 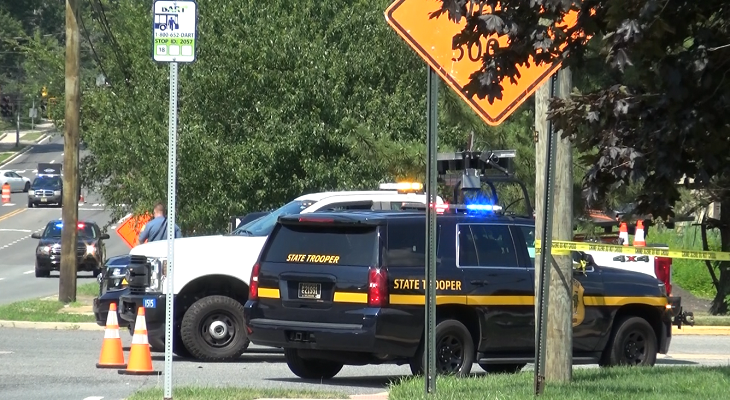 During the ordeal, elderly residents were moved to another building on the grounds for shelter by wheelchairs as police began their investigation.

Later in the evening, Delaware Newsline spoke to Julie Beckert who is Manor Care’s vice president of marketing and communications and she said their staff is reaching out to the families of their patients and that the facility is accepting visitors. However, many family members we spoke to were frustrated and upset, they said that they still haven’t been given any updates or received any phone calls from Manor Care on the well being of their family members in the facility.

“We are shocked and saddened by the isolated tragedy that occurred on Saturday at ManorCare Health Services – Wilmington. Our thoughts are with our patients, residents, and their families, as well as our employees who have been affected by this tragedy.”, Beckert said.

“This is a challenging and emotional time for all of us, and we have bereavement representatives in the center working with our staff and patients. All families have been contacted and follow up calls were made yesterday”

“ManorCare strives to create a secure and homelike environment and will continue to work to ensure the health and safety of our residents. A special thank you to our staff, community first responders, Arden Courts, and Heartland Hospice for all of their assistance during this time. Staff go through training on identifying behavior changes in residents and families, active shooter and emergency evacuation preparedness. We will review the training with employees”, Beckert said.

Foulk Road, which closed for about three hours as police responded, slowly began to reopen around 4 p.m.

The incident continues to remain under investigation by the Delaware State Police Homicide Unit. If anyone has information regarding this incident, they are asked to please contact Detective D. Grassi at 302-741-2731. Information may also be provided by calling Delaware crime stoppers at 1-800-TIP-3333 or via the internet at http://www.delaware.crimestoppersweb.com

DID YOU KNOW… If you or someone you know is a victim or witness of crime or have lost a loved one to a sudden death and are in need of assistance, the Delaware State Police Victim Services Unit/Delaware Victim Center is available to offer you support and resources 24 hours a day through a toll free hotline 1800 VICTIM-1. (1800 842-8461). You may also email the unit Director at debra.reed@delaware.gov.