Three people are now in custody in relation to the fatal raid that occurred in January 2019 on Harding Street in Houston, Texas, announced Assistant Attorney General Eric Dreiband of the Department of Justice’s Civil Rights Division, U.S. Attorney Ryan K. Patrick for the Southern District of Texas and Special Agent in Charge Perrye K. Turner of the FBI.

HOUSTON (TX): A federal grand jury returned the nine count indictment Nov. 14 against Gerald M. Goines, 55, and Steven M. Bryant, 46, both former Houston Police Department (HPD) officers. Also charged is Patricia Ann Garcia, 53. All are residents of Houston. The indictment was unsealed this morning as authorities took all three into custody. They are expected to make their initial appearances before U.S. Magistrate Judge Dena H. Palermo at 2 p.m. central time.

The federal indictment stems from the Jan. 28 narcotics raid HPD conducted on the 7800 block of Harding Street in Houston. The enforcement action resulted in the deaths of two residents at that location.

Goines is charged with two counts of depriving the victims’ constitutional right to be secure against unreasonable searches. The indictment alleges Goines made numerous materially false statements in the state search warrant he obtained for their residence. The execution of that warrant containing these false statements resulted in the death of the two individuals as well as injuries to four other persons, according to the indictment.

Goines and Bryant are charged with obstructing justice by falsifying records. Goines allegedly made several false statements in his tactical plan and offense report prepared in connection with that search warrant. The indictment alleges Bryant falsely claimed in a supplemental case report he had previously assisted Goines in the Harding Street investigation. Bryant allegedly identified a brown powdery substance (heroin) he retrieved from Goines’ vehicle as narcotics purchased from the Harding Street residence Jan. 27.

The charges against Garcia allege she conveyed false information by making several fake 911 calls. Specifically, on Jan. 8, she allegedly made several calls claiming her daughter was inside the Harding Street location. According to the indictment, Garcia added that the residents of the home were addicts and drug dealers and that they had guns – including machine guns – inside the home. The charges allege none of Garcia’s claims were true.

If convicted of the civil rights charges, Goines faces up to life in prison. Each obstruction count carries a potential 20-year sentence, while Garcia faces a five-year term of imprisonment for conveying false information. 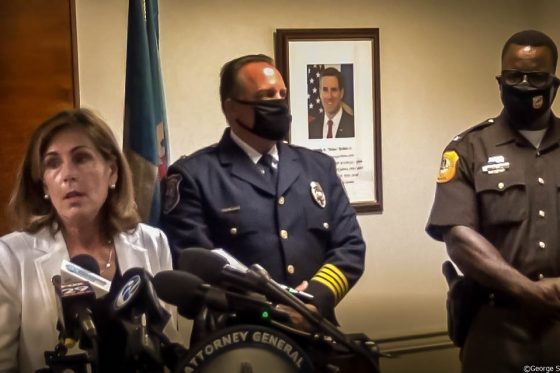 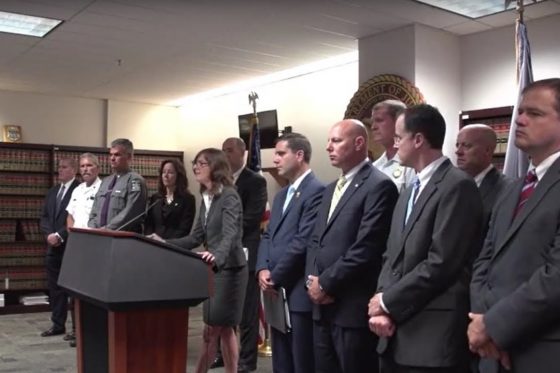