It has been announced that police have been trying to break through a security cordon around the central university and firing teargas at anyone trying to interfere.

Protestors have been occupying a campus of the Polytechnic University since last week. And that is not by far the most prolonged confrontation between protestors and police over the past five years of strikes in Hong Kong.

Hundreds of people are trapped inside and cannot get out of the building. Police managed to get in but faced protestors’ attacks with the petrol bombs and arrows shot at police.

The horror carried on throughout the whole night – the bridges were set on fire, the roads were blocked, a police officer was shot with an arrow.

The Democratic lawmaker, Hui Chi-Fung, commented on the situation:
“The police might not storm the campus but it seems like they are trying to catch people as they attempt to run. It’s not optimistic now. They might all be arrested on campus. Lawmakers and school management are trying to liaise with the police but failed.”

The president of the university himself managed to leave the campus on condition that protestors would stop their attacks.

About 400 people were kept inside the university campus by the mid-afternoon that day. And when a volunteer in the campus was asked about the future plans of the protestors, she said the following:
“They are 20-year-old kids. They don’t have plans. Everyone is nervous.”

Another volunteer who has also spent about 5 full days in the campus mentioned in one of the interviews:
“Officially, they are saying people have to leave now and even pointing out some ways to let you out. But when people try to leave that way, they contain them. It’s a set-up. They don’t let anyone on the university campus go.”

Even though journalists were not allowed anywhere near the university, it was mentioned that many protestors are exhausted and are in need of food, fresh clothes, and water. But others still want to stay and fight for their truth.

The situation worsened, even more, when the media channels announced that the district council elections will be postponed because of the protests. Meanwhile, that was exactly what those protesters were fighting for this whole time – allow people to express their views and opinions through legislative elections.

Apart from that, Hong Kong’s high court made a decision that the ban of any face masks imposed by the government earlier is unconstitutional. However, there is still an official law stating that wearing any type of facial coverings during public events is punishable and the person will be held in prison for that.

Hong Kong is definitely experiencing the worst times in history ever since a controversial bill about the extradition of suspects to China’s capital has been imposed. Thus, protestors now want this bill to be withdrawn and stop the expansion of Beijing’s control over Hong Kong. 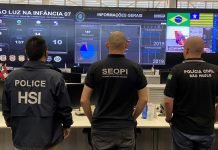 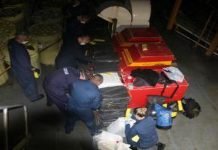 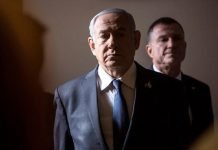