Attorneys by definition are honest, but not this Chicago attorney, who was indicted on November 21st by a grand jury.

John Lee, an attorney who once represented Hyundai Construction Equipment Americas LLC, was arraigned Nov. 21 on an indictment issued on Oct. 8, for knowingly making false statements while testifying under oath before a federal grand jury and for obstructing justice.

WASHINGTON (DC): The indictment relates to Lee’s work for Hyundai, which entered a guilty plea and was sentenced to pay a criminal fine for violating the Clean Air Act and conspiring to defraud the United States on Nov. 14, 2018. Hyundai has satisfied its liability in that matter.

According to the Department of Justice, the case against Lee is about testimony he gave under oath and pursuant to a privilege waiver issued by Hyundai. The indictment includes three perjury charges and one obstruction of justice charge. It alleges that during his testimony before a grand jury, Lee denied giving Hyundai employees advice about submitting a “TPEM” report that contained false information to the U.S. Environmental Protection Agency (EPA) regarding Hyundai’s compliance with Clean Air Act regulations.

Most lawyers are very honest. Some lawyers are not. As with any profession, there are some awful lawyers out there who give us all a bad name. But the general impression of dishonesty, I think, really comes from a place of misunderstanding of our obligations as lawyers, Jennifer Ellis, Esq.

The indictment goes on to allege that this was a false statement because Lee both received the TPEM report by electronic mail and approved its filing. Lee is also charged with falsely denying that he directed Hyundai employees to use their personal email accounts—rather than work accounts—to discuss Hyundai’s regulatory issues, and falsely denying that he received emails about the regulatory issues on his own personal email account.

Lastly, the indictment alleges that Lee knowingly failed to produce relevant emails in response to a grand jury subpoena, in an effort to impede the grand jury investigation.

“Lying to the grand jury, concealing information, and obstructing a federal investigation undermines the public’s trust in the criminal justice system and will not be tolerated,” said Assistant Attorney General Jeffrey Bossert Clark of the Environment and Natural Resources Division. “The Department of Justice will aggressively investigate and prosecute those who seek to cover up or obstruct a federal investigation.”

“In order to safeguard the environment, it is essential that governments receive accurate and honest information,” said Susan P. Bodine, EPA Assistant Administrator for the Office of Enforcement and Compliance Assurance. “This indictment sends a clear message that EPA and its law enforcement partners will continue to hold companies and their employees fully accountable for illegal conduct that jeopardizes environmental protection.” 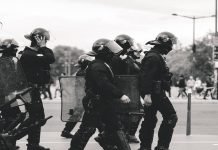 “These are the actions of a dictator, not the voice of the American people.”, AG Kathy Jeenings response to Trumps attack on peaceful protesters

Middletown pawn shop seized, hit with nearly $7 million in civil penalties for racketeering and other charges