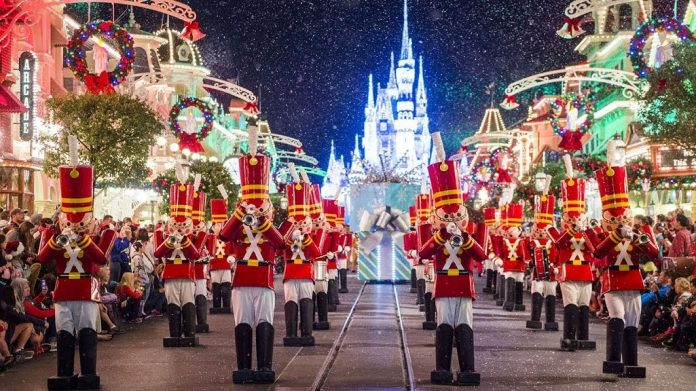 The Wilmington Jaycees’ 56th Annual Christmas Parade will be held on Saturday, November 30 in downtown Wilmington at 11 am. For the tenth consecutive year, the Jaycees are holding the Parade on the Saturday after Thanksgiving in conjunction with Small Business Saturday.

WILMINGTON (DE): This annual event “kicks off the holiday shopping season on Small Business Saturday and is a great community-building event in the City of Wilmington that features string bands, marching bands, dance troupes, and so much more,” said Parade Co-Director Mark Oller. The Parade will start at 5th and Market Street, and proceed up Market, stop briefly at the Grandstand which will be located at 10th Street, and then end at 11th and Market. (In the event of rain, announcements for a delayed start will be made through social media and on local radio stations.)

Wilmington musician, Chad Michael Jervis, will be the Parade’s Grand Marshal. Jervis, 24, is a graduate of Cab Calloway School of Performing Arts and is a member of King Calaway, who released their debut album “Rivers” in October. Jervis will be joined by his bandmates in King Calaway in the parade. Later on Saturday, November 30, they will be performing in concert at the new 76ers Fieldhouse, which is home to the Delaware Blue Coats.

The Parade will also recognize 6 ABC’s and University of Delaware graduate, Matt O’Donnell.

“Of course, the ‘star of the show’ is always Santa Claus,” said Parade Co-Director Alex Mili. Children are encouraged to write a letter to Santa and give it to Santa’s elves near the end of the parade. (Children should provide their complete mailing address – including zip code – if they would like a reply.) The Wilmington Jaycees will work with Santa and his elves to make every effort to answer each letter.

After the parade, everyone is encouraged to go to Willingtown Square in the 500 block of Market Street for the first Wilmington Pop-Up Holiday Village, which will be happening until 5 pm. There will be free photos with Santa, giveaways, shopping, holiday performances, kids’ activities and the lighting of the Square at 5 pm.

For parking, all metered spaces will be FREE on the day of the parade. In addition, the following information is available on parking lots:

• Free parking is available at Wilmington Parking Authority lots at 6th & Orange and 8th & Orange in addition to the Customs House Garage under the Doubletree Hotel for those that enter and exit between 10 am and 5 pm on parade day.

We’re you seen at the 2019 Wilmington Wine Festival?