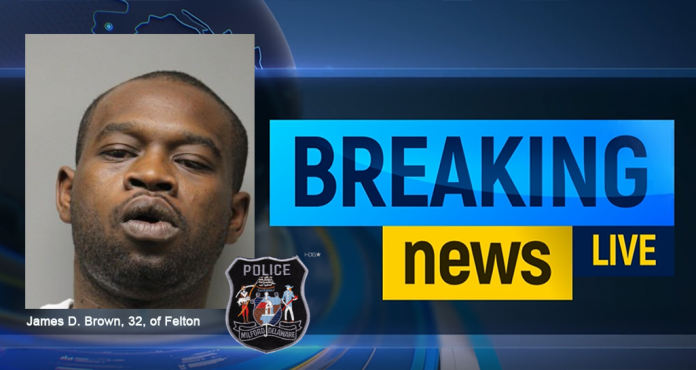 Common sense now a days will tell you not to hide from cops, yet some people do.

Normally when you run from a cop it’s a good indication that you’ve done something wrong, or perhaps have warrants out for you that you haven’t taken care. Maybe, just maybe it’s because you’re somewhere your not supposed to be, like this Felton man who Milford Police say was hiding behind a tree in someone’s back yard.

MILFORD (DE): On Saturday November 23, 2019, Milford Police officers were on foot patrol in the 100 block of 4th street around 12:30 Am. when they noticed a man hiding behind a tree in a back yard.

According to police spokesman, Sgt. Robert Masten, the officers made contact with the man later identified as James D. Brown, 32, of Felton. They took him into custody and found heroin and marijuana on his persons. As they continued to investigate, officers contacted the owner of the home who said they did not know Mr. Brown and he did not have their permission to be in their back yard.

Mr. Brown was charged with Possession of a Controlled Substance, Possession of Marijuana, and Criminal Trespass. Mr. Brown was presented at the Justice of the Peace Court #7 and released on his own recognizance. Mr. Brown is scheduled to appear at the Kent County Court of Common Pleas on January 22, 2020 for an arraignment.

Two arrested after a rash of church and residential burglaries