WILMINGTON (DE): Mayor Mike Purzycki and Police Chief Robert J. Tracy honored ten Wilmington Police Department members who were promoted Friday at a ceremony hosted by the Chief at the Chase Building, located at 201 North Walnut Street. Friends and family joined the honorees on the 8th floor of the Chase Building to celebrate the members’ accomplishments.

“I’d like to offer my sincere congratulations to all of those who have been promoted,” said Mayor Purzycki, “and I would like to congratulate the families as well. You’re all moving up through the ranks of the department that we fully expect to be recognized as one of the very finest in the entire nation.”

“You should know that this police department has changed the way people feel about our city over these past three years since Chief Tracy has arrived,” the Mayor continued. “With each passing day, the public feels more and more secure; they sense that our methods are changing; that our culture is changing; that we exhibit competence and professionalism; and how they perceive you is how they will feel about their government and their city. Remember that while our city is defined by your strength, it is also defined by your calm, your kindness, and your empathy as well.”

Promoted to Captain was:
• Matthew Hall

About 70% of the city’s population is African American and Latino and those who voted to postpone argued that they have not seen a plan about how police Chief Robert Tracy would make sure the next class of cadets was more diverse.

Councilman Trippi Congo told the News Journal, “I’m surprised that this is on the agenda because as it was said, we had a meeting about this, It was stated in that meeting that the police department would give Council their plan on making the department more diverse. We were excited because we want to help that plan, but I haven’t received anything.”

“I’m of the age group of black people who had the first chance to have equal employment opportunities. My parents didn’t have that,” he said. “So I don’t have no business sitting here if I’m going to let people pressure me not to be willing to hold the door of opportunity for other people to come through.”, said Sam Guy, Wilmington City Council Member. 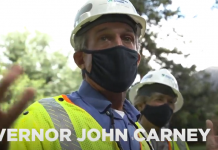 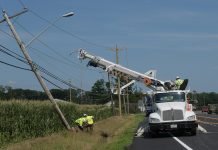 Delmarva restores electric for 129,000 customers but after Friday’s storm, the entire energy grib may have to be rebuilt 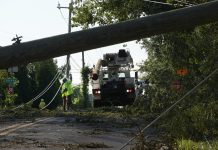