Retired Air Force Col. Charles McGee, one of nine surviving combat pilots who served with the Tuskegee Airmen during World War II. At age 100, McGee will share his experiences during a ceremony honoring him at NASA Headquarters on Wednesday, Feb. 5, as part of the agency’s celebration of Black History Month.

NASA: As part of its celebration of Black History Month, NASA will honor retired Air Force Col. Charles McGee at a ceremony Wednesday, Feb. 5, in the James Webb Auditorium at NASA Headquarters, located at 300 E Street SW in Washington.

The event, sponsored by the NASA Headquarters chapter of Blacks in Government, will begin at 11:30 a.m. EST and will air live on NASA TV and the agency’s website.

McGee, who served as a pilot with the Tuskegee Airmen during World War II – known at the time as the “Red Tails” – was a career officer in the Air Force and also served during the Korean and Vietnam wars, having flown 409 combat missions during his 30 years of service.

Of the 355 Tuskegee pilots who flew in combat, McGee is one of only nine surviving. McGee is scheduled to receive an honorary promotion to the rank of brigadier general, as authorized by the National Defense Authorization Act for Fiscal Year 2020, which President Trump signed into law in December, the same month McGee celebrated his 100th birthday.

McGee will be joined by NASA astronaut Alvin Drew, also a retired Air Force colonel, who logged more than 612 hours in space on space shuttle Endeavor on the STS-118 mission in 2007 and space shuttle Discovery on STS-133 in 2011. The two will share their experiences on what it means to be a trailblazer and to inspire others to follow their dreams. 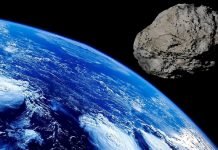 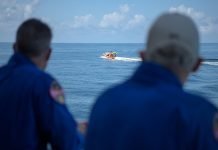 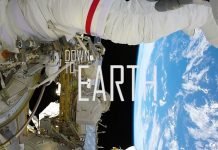 Meet the Astronauts who will be flying on the SpaceX Crew-2...