A Wilmington man is behind bars after allegedly robbing a Wilmington bank and leading pursuing troopers on a high speed pursuit that ended when he lost control of his vehicle and crashed near New Castle.

WILMINGTON (DE): 40-year-old David A Hogue of Wilmington was arrested and arraigned before the Justice of the Peace Court and committed to the Howard R. Young Correctional Institution on $51,000.00 cash bond. Police say Hogue did not sustain injury during the incident.

Police say they were dispatched to the TD Bank located on Limestone Road in Wilmington for a report of a robbery around 11:00 Saturday morning. When troopers arrived they learned that a suspect, later identified as David Hogue, entered the bank wearing a disguise.

According to police spokeswoman Melissa Jaffe, “Hogue presented a note to a bank teller, demanding money.  This employee was only taking deposits and informed Hogue that she did not have money in her drawer.  Hogue then proceeded to push a customer who was in another line in order to hand the note to a second teller.  The second teller turned over an undisclosed amount of cash prior to Hogue fleeing the area in a green Toyota Camry.” 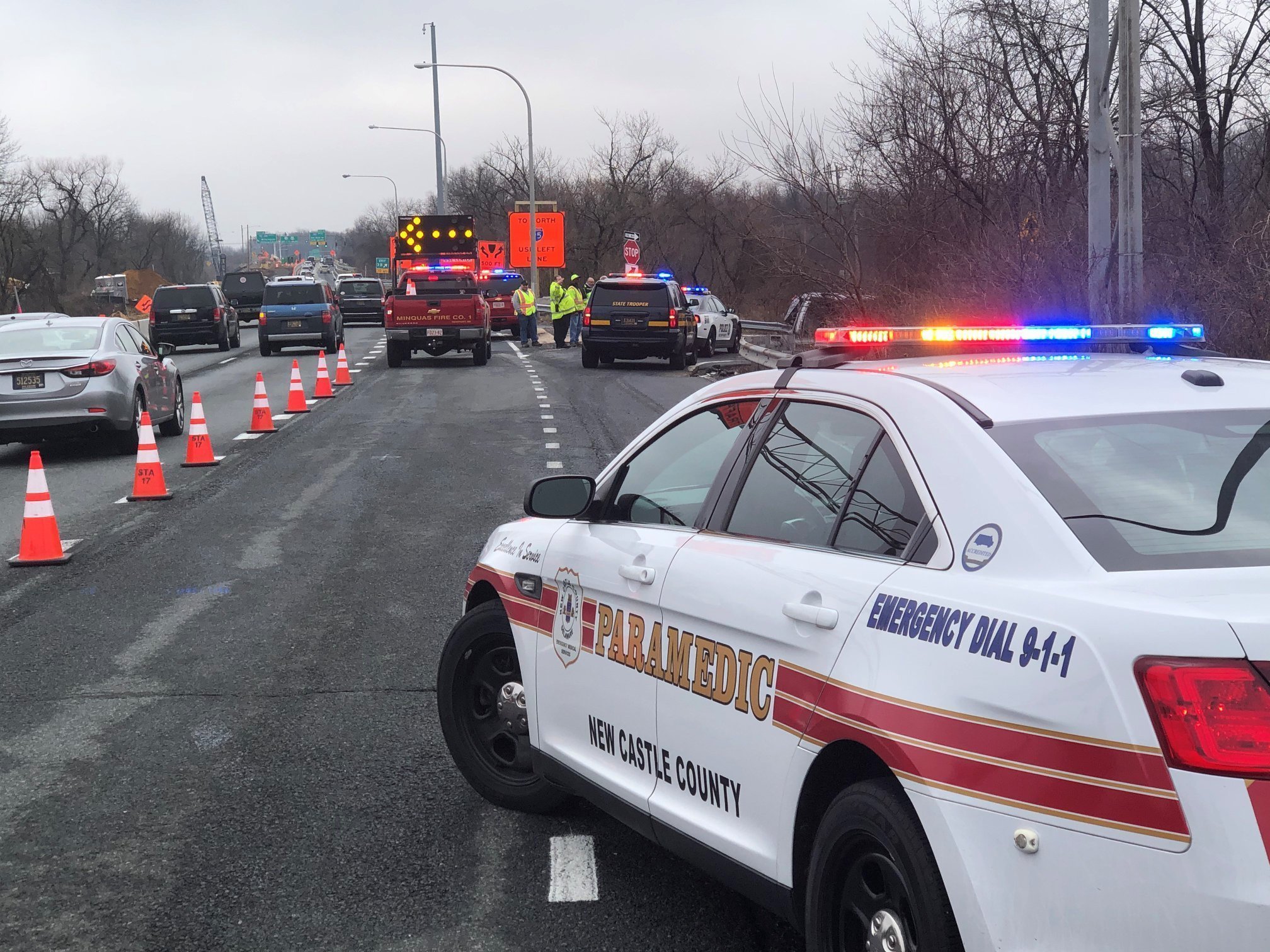 A Wilmington man is behind bars after allegedly robbing a Wilmington bank and leading pursuing troopers on a high speed pursuit that ended when he lost control of his vehicle and crashed near New Castle. Photo: NCC Paramedics

Jaffe said “A Trooper observed the suspect vehicle, a 2006 green Toyota Camry in the area of Newport Gap Pike and Boxwood Road.  Upon turning onto southbound RT 141 the Trooper initiated a traffic stop when the operator, David Hogue failed to stop and continued to travel southbound on RT 141 at a high rate of speed.”

The front of the Camry struck the left rear corner of a gray 2019 Mitsubishi Outlander that was traveling on eastbound Old Airport Road.  As a result of the collision the Outlander overturned onto its driver’s side.  The Trooper continued in the path of the Camry crossing over the eastbound lane of Old Airport Road traveling southbound.  The front left corner of the Trooper’s DSP issued Chevrolet Tahoe struck the guardrail between the Camry and the Outlander., Jaffe said.

Hogue was taken into custody without further incident., Jaffe said.

New Castle County Paramedics say they treated five total patients including the driver of the Outlander, a 56-year-old male and 56-year-old female passenger from Kennedyville, MD who were properly restrained. They were transported to the Christiana Hospital with minor injuries and released.

The Trooper was also properly restrained, sustained minor injuries and was treated and released from the Christiana Hospital.

Hogue was transported back to Troop 2 where he was charged with the following:

Charges involving the pursuit and crash are forthcoming.