Honolulu (HI): The Coast Guard and Air Force worked together with FEMA to ensure the timely delivery of a shipment of medical Personal Protective Equipment (PPE) to medical responders in the U.S. Territory of American Samoa, and the strategic deepwater Port of Pago Pago, Wednesday.

“FEMA notified the Coast Guard of the need March 27, and we worked collectively for a whole of government response to expedite the timely delivery,” said Capt. Craig O’Brien, chief of response, Coast Guard 14th District. 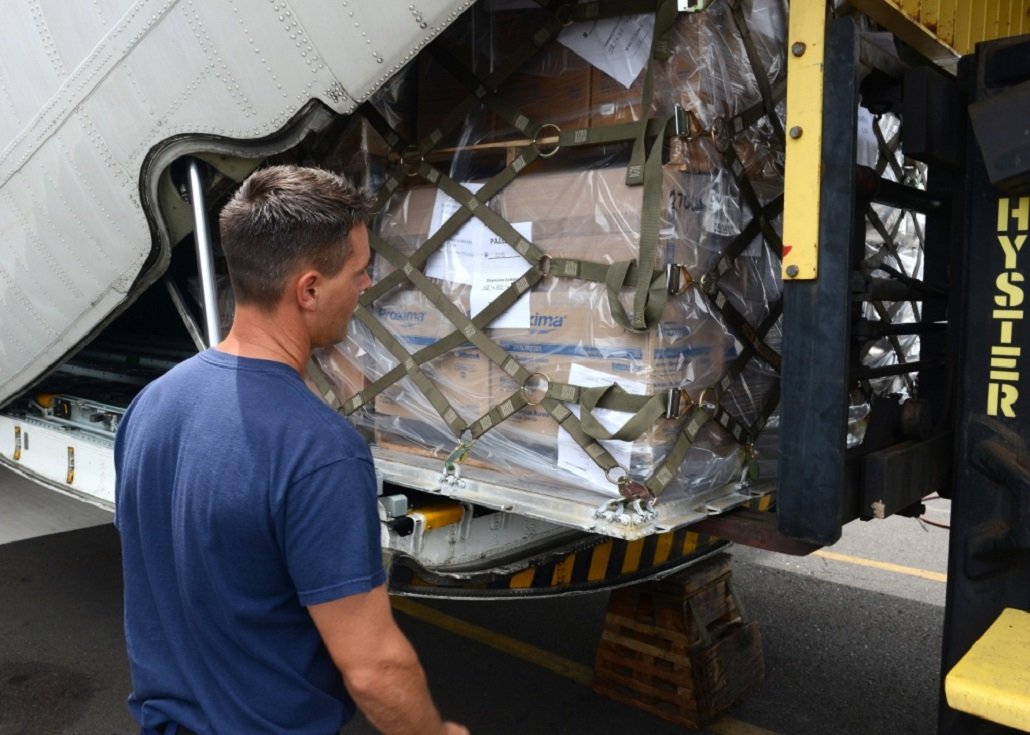 The pallet of supplies arrived safely to the main airport in Tafuna on the island of Tutuila aboard a Coast Guard HC-130 Hercules airplane from Air Station Barbers Point, Oahu, Wednesday after earlier movement from the Strategic National Stockpile by the Air Force aboard a C-17 Globemaster airplane to Hickam Air Field, also on Oahu.

The services continue to support the CDC, state, and local health officials for matters involving the pandemic and remains ready to respond to emergency needs throughout the region. Similar deliveries may take place soon to assist other regional partners.

“Military aircraft are a workhorse throughout the world, and in the Coast Guard, we frequently use our HC-130 Hercules planes to deliver necessary supplies and equipment. This is especially true in the Pacific, where we seek to overcome vast distances and challenging timelines,” said Cmdr. James Morrow, a Hercules pilot and operations officer at Air Station Barbers Point.

American Samoa is a collection of five islands in the South Pacific, approximately 2,600 miles southwest of Honolulu. It is home to around 64,000 people, many of whom serve in the U.S. military. Tuna is a vital export from the South Pacific. The associated industries and services are a significant means of employment in the region. The Coast Guard maintains some authority in the area and assists local agencies in enforcing federal regulations with an emphasis on maritime commerce and environmental ocean stewardship.

“Safe flow of maritime commerce in and out of the Port of Pago Pago is a priority of the U.S. Coast Guard. It contributes to strategic national objectives and a free and open Indo-Pacific,” said O’Brien.