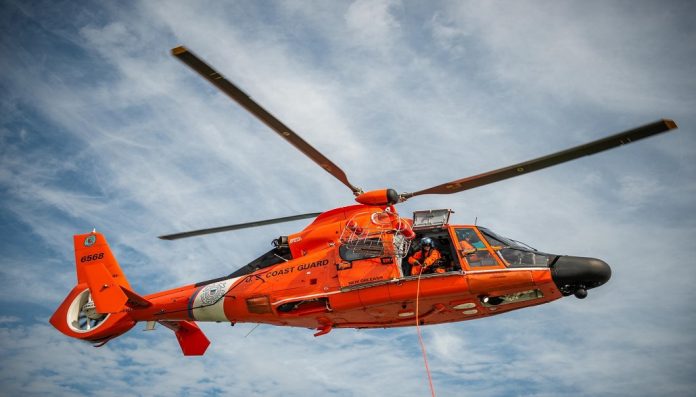 SAN JUAN, Puerto Rico: The interdiction is the result of ongoing efforts in support of Operation Caribbean Guard and the CBIG., according to a news release from the USCG.

“In these times of uncertainty due to the global COVID-19 pandemic, our forces in Puerto Rico and the U.S. Virgin Islands are fully dedicated to preserving the safety of life at sea and to protecting the security and safety of our fellow citizens in our nation’s southernmost maritime border,” said Capt. Eric King, Sector San Juan commander. “Our Coast Guard men and women are fully executing all service missions in the Caribbean, as we continue to work closely with our CBIG, federal, state and municipal partners to protect the islands from illegal drug trafficking, migrant smuggling organizations and other illicit activities. Of equal importance, our crews are working tirelessly with our industry, federal, state and local port partners to facilitate safe and secure maritime commerce to the islands in this critical time.”

According to the release, During a routine patrol of the Mona Passage late Wednesday night, the crew of a U.S. Customs and Border Protection DHC-8 maritime patrol aircraft detected a suspect “yola” type migrant vessel in waters south of Mona Island, Puerto Rico.

A U.S. Customs and Border Protection (CBP) Air & Marine Operations (AMO) crew and the U.S. Coast Guard Cutter Joseph Tezanos (WPC-1118) responded to carry out the interdiction. Upon arriving on scene, the AMO interceptor vessel stopped the 30-foot blue and wooden makeshift boat. Shortly thereafter, the Tezanos’ crew came alongside the interdicted vessel and embarked 35 migrants, including 30 men, four women and a female minor of Dominican nationality., the release said.

Once aboard a Coast Guard cutter, all migrants receive food, water, shelter and basic medical attention. Throughout the interdiction Coast Guard crewmembers were equipped with Personal Protective Equipment to minimize potential exposure to any possible case of COVID-19. No migrants were reported to be sick or to have any COVID-19 related symptoms., the release said.

“Migrants attempting to enter Puerto Rico illegally by sea are risking their lives,” said Lt. Anthony Orr, Coast Guard Cutter Joseph Tezanos commanding officer. “In these Pandemic times, illegal immigration in the Mona Pass calls for our crews to maintain a heightened state of vigilance as the situation poses a serious risk for possible contamination to enter through our southernmost maritime border”

Police find stolen mail while investigating a disabled vehicle on a...