The Wilmington Police Department’s Cold Case Unit is asking for the assistance of the public in connection with the 2017 murder of Shawn Lockhart.

Wilmington (DE): On December 5, 2017, 30-year-old Shawn Lockhart was in his apartment in the 800 block of North Jackson Street when someone tried to gain access to the 3rd floor door from his bedroom to an outside deck. 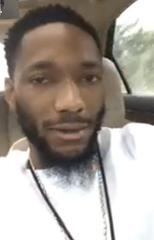 “When Shawn Lockhart went to the door to try to prevent the intruders from coming inside, shots were fired by the suspects and Lockhart was fatally wounded.”, according to a news release from Wilmington Police Department.

You can also provide information to Delaware Crime Stoppers at ‪1-800-TIP-3333 or ‪delawarecrimestoppers.org.

The Wilmington Police Department’s Cold Case Unit is part of the department’s Criminal Investigations Division, and includes WPD cold case investigators and an agent with the federal Bureau of Alcohol, Tobacco, Firearms and Explosives (ATF).