A couple was killed when their vehicle ran off the road and hit a utility pole following a pursuit with New Castle County Police.

St. Georges (DE): Police say around 11:15 Tuesday evening a police officer who was in a marked cruiser was driving on River Road observed a female passenger hanging out the passenger side window of a tan Chevrolet Suburban frantically waving her arms to gain his attention.

According to a news release, “The vehicle was traveling southbound on River Rd. Concerned for the welfare and safety of the female passenger the officer activated his emergency equipment and attempted to stop the vehicle.”

“At that time the driver of the Suburban accelerated to a high rate of speed and began driving in an erratic and dangerous manner.”

“Due to the excessive speed and concern for the occupants and the community at large, the officer turned off his emergency equipment (lights and sirens), reduced his speed, and continued to keep the vehicle in view as it pulled away.”, said Police spokesman Michel Eckerd. “Officers then observed the Suburban leave the roadway and collide with a large steel utility pole. When officers arrived at the scene of the collision the truck was fully engulfed in flames. The officers made multiple attempts to pull the occupants from the vehicle, but they were driven back by the intense heat and growing flames. Delaware City Volunteer Fire Company and Port Penn Volunteer Fire Company responded to extinguish the fire.”

The driver of the vehicle has been identified as 46-year-old Steven Jones and the passenger was his wife 40-year-old Kari-Ann Jones.

“This was a tragic event for all involved, ” stated Colonel Vaughn M. Bond, Jr. “, and my prayers are extended to the family of the victim as well as our officer”.

If you or someone you know is a victim or witness of a violent crime or have lost a loved one to a sudden death and are in need of assistance, the New Castle County Division of Police Victim Services Unit is available to offer you support and resources. Please call (302)-395-8000. 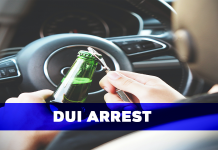