A 56-year-old Lancaster, Pennsylvania man was arrested after police say he became defiant and refused to put on a face mask while attempting to access the boardwalk.

Rehoboth Beach (DE): In wake of Governor Carney requiring face mask coverings since the reopening of Delaware beaches since May 22, 2020, Rehoboth Beach Police Department has made numerous efforts to educate the public and promote compliance with the declaration.

“Electronic sign boards were placed at every entrance to the city and signs, like the one pictured, have been placed at every entrance to the Boardwalk.” Said Jamie Riddle, a police spokeswoman for the Rehoboth Beach Police Department. “Additionally, our officers have educated thousands and distributed face masks to over 3,000 individuals on the Boardwalk since May 22nd” 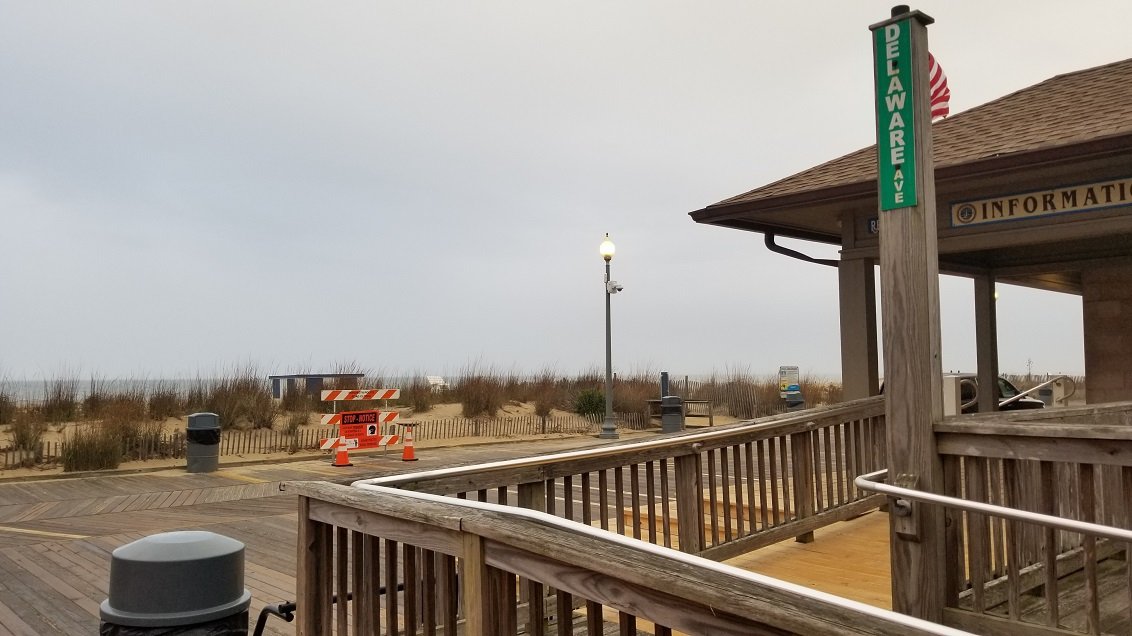 Riddle says, “Yesterday our officers were faced with a defiant lack of compliance and subsequently issued the first civil citation associated with this regulation.”

Riddle said that a 56-year-old Lancaster, Pa man who was approaching the boardwalk without a face mask was stopped by a seasonal cadet who was standing at the Delaware Avenue entrance to the Boardwalk on Monday afternoon.

Why? Because he was not wearing a face mask and after being advised about the face covering requirement on the boardwalk, the man replied to the cadet that “he would have to follow him and make him.” The officer then attempted to stop the man who refused and continued to walk away and onto the beach.

Riddle said that while the officer remained on the boardwalk advising others about the face mask requirement, other individuals were upset and yelling at the man about his failure to comply with the mask regulation.

A full-time officer then arrived and accompanied the cadet onto the beach were they located the Lancaster man. After being asked for his identification, the man – still defiant, told the officers that he did not have it with him. Still being uncooperative, “when the officers asked him for his name and information, the man gave them a false name and state of residency. The man then refused to provide any further information.”, said Riddle.

Officers, then “took the man into custody and detained him, after providing the man numerous warnings and after multiple requests and various efforts encompassing an over an hour, the man agreed to provide his information, was issued a civil citation, provided a mask, and released.”