The flag raising recognized the 50th anniversary of the first Pride parade on New York City, on the one-year anniversary of the Stonewall Uprising. The flags will fly through the week to commemorate the uprising, which ran from June 28 to July 3, 1969. 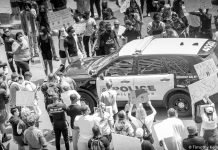 Watch Now: Recap of the George Floyd Protest In Wilmington 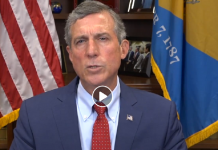