17-year-old Jordan Ellerbe was doing nothing but standing on the front porch of a home when he was gunned down over five years ago.

Wilmington (DE): Wilmington Police is asking the public for help with a cold case file that has gone cold. The case? Jordan Ellerbe. A 17-year-old Wilmington teen who was gunned down on the front porch of a home on January 23, 2015.

Not much is known about the teen but the shooting comes during the height of teen gun violence in Wilmington. Ellerbe’s death is what state prosecutors catalyzed as a teen gang rivalry they say was responsible for many of the young deaths that were occurring in Wilmington at the time.

It was in the summer of 2014 that Ellerbe’s best friend, 16-year-old Aaron L. Miles was charged with first degree murder, possession of a deadly weapon during the commission of a felony and possession of a weapon by a person prohibited, according to police documents. Police say he was responsible for the death of David Bailey. Bailey was one of six young men who died during the summer of 2014 in Wilmington.

Police say just before 7:00 Pm, Elerbe, who was standing on a front porch with friends in the 200 block of N. Broom Street was gunned down. Two others were also shot but did not suffer life threatening injuries.

“At approximately 6:43 p.m., a vehicle occupied by unknown persons stopped in front of the home and shots were fired from the vehicle towards those standing on the porch.,” said police spokesman David Karas. “As the gunshots were fired, everyone started running. Jordan Ellerbe was shot and died from his wounds. Two others suffered nonfatal gunshot wounds.”

It’s unknown how close detectives are to solving this case that has gone cold. It’s possible that those responsible may even be incarcerated for other crimes, or perhaps became victims of gun violence themselves.

People who are impacted by gun violence experience stress, depression, anxiety, and post-traumatic stress disorder (PTSD). The effects of this harm extend not just to survivors but also to witnesses, bystanders, neighbors, and all those who love them, and that’s why justice and closure is important and that’s why police need your help.

Everyone has the right to live without the fear of being shot. Where you live shouldn’t determine if you live. It’s in our hands to end the toll of gun violence in our country.

• ATF Special Agent Veronica Hnat can be reached at (302) 275-0369 or Veronica.M.Hnat@usdoj.gov
You can also provide information to Delaware Crime Stoppers at ‪1-800-TIP-3333 or ‪delawarecrimestoppers.org. 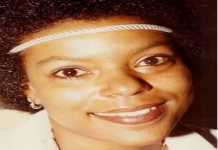 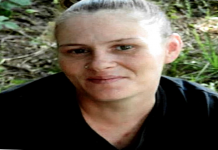