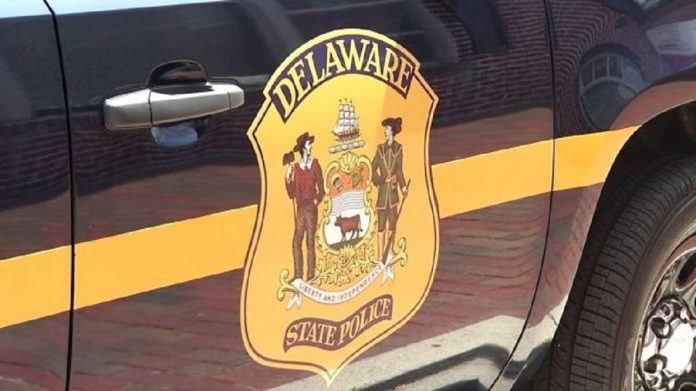 Delaware State Police say they have arrested a 14-year-old male from Washington, DC after he led them on a pursuit in a stolen motor vehicle, crashed into a Delaware State Trooper patrol vehicle after stealing a vehicle from an Uncle Willies gas station.

Troopers saw a 2013 Honda Civic was traveling northbound on Sussex Highway (US 13), north of SR 16, Greenwood and attempted to initiate a traffic stop when the operator failed to stop and continued to flee from police.

Police say the operator was driving in a reckless manner and committing numerous traffic violations.

During this incident, another Trooper was stationary in a median crossover just north of the pursuit, in an unmarked Chevrolet Tahoe with its emergency lights activated.  The driver of the Civic proceeded to swerve his vehicle and lost control. The Civic exited the lane of travel and into the median crossover, striking the rear of the Tahoe with its front end.

The driver then took off on foot across southbound US 13 when he was subsequently taken into custody.

The Trooper sustained minor injuries and was transported to a local area hospital for precautionary measures and released.

The juvenile was arraigned before the Justice of the Peace Court and released on $35200.00 unsecured bond.