The Wilmington Police Department’s Cold Case Unit is asking for the assistance of the public in connection to the 2017 murder of Keanan Samuels.

WILMINGTON (DE): On December 16, 2017, 20-year-old Keanan Samuels was in the 2100 Block of North Locust Street attending a vigil for Barry White, who was killed several months prior.

“During the vigil, unknown persons began shooting and Keanan Samuels was struck. He was transported to the hospital, where he succumbed to his injuries.,” said police spokesman David Karas. 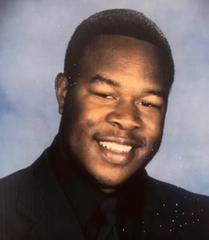 Investigators are now asking the public for assistance.

You can also provide information to Delaware Crime Stoppers at ‪1-800-TIP-3333 or ‪delawarecrimestoppers.org.

About the WPD Cold Case Unit

The Wilmington Police Department’s Cold Case Unit is part of the department’s Criminal Investigations Division, and includes WPD cold case investigators and an agent with the federal Bureau of Alcohol, Tobacco, Firearms and Explosives (ATF).

The Unit typically handles cases that have remained unsolved after a year, and after all investigative leads have been exhausted by the primary investigator. Members of the Cold Case Unit work tirelessly to pursue new leads in these cases, and to deliver justice to the families of those who have been affected by crime.