It was just Tuesday morning when Tropical Storm Isaias swept through Delaware and made history when a tornado touched down in Kent County and traveled 29.2 miles into New Castle County.

WILMINGTON (DE): The tornado wreaked havoc tearing down trees, billboards, poles, and even toppled vehicles on Route 1 in Townsend. Many homes and businesses were destroyed by the impact of the storm including flooding that occured in many areas of the state.

Now, after all we’ve been through, Delawareans faced yet another devastating storm Friday night, and according to the National Weather Service (NWS) in Mount Holly, NJ, they are assessing the storms damage Saturday morning.

The NWS could not confirm whether another tornado touched down Friday night when the effects of the storm could be felt in Greenville, Hockessin, and parts of North Wilmington like Claymont. Those areas saw more than three inches of rain and flooding that occurred all over the county.

Just after 5:30 p.m. Friday night the NWS issued a severe thunderstorm warning alert when 60 mph wind gusts were detected over portions of Kennett Square, Pa. The alert was quickly upgraded to a tornado and flood warning within minutes.

REPORT DOWNED WIRES
We urge our customers to stay away from downed wires and assume any downed wire is energized. To report an outage or downed wire, call 800-898-8042 or report and track through our mobile app or our website at delmarva.com/storm.

The Delaware Environmental Observatory System near Greenville say four inches of rain fell within thirty minutes in Greenville. As a result of Friday nights storm, Delmarva Power says they are currently responding to outages impacting more than 8,000 customers in New Castle County and the surrounding area.

The city of Wilmington took a beating from the storm as well. “Parts of our City got hit hard during Friday’s storm. Many are without power and there is damage in various areas.,” said Mayor Mike Purzycki. “Haynes Park is CLOSED as it is currently a dangerous area due to many downed trees. We are doing our best to ensure that everything gets cleaned up and that everyone is safe.”

Purzycki spent Saturday morning surveying damage in various parts of the City from one of the most severe and sudden storms to develop over Wilmington in recent memory. 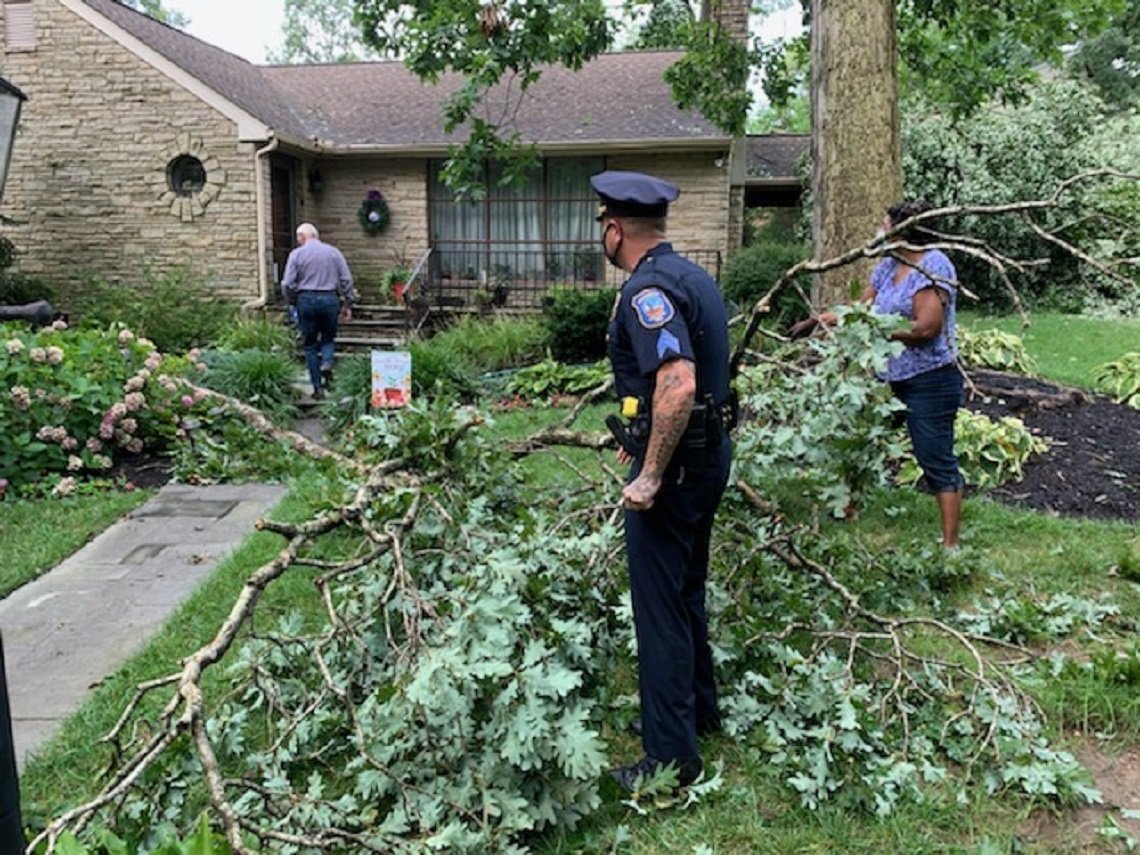 PHOTO| Mayor Mike Purzycki (left) is accompanied by Wilmington Police on a tour of Brandywine Hills in the aftermath of Friday’s storm.

There are downed trees and wires, which is making walking and driving hazardous in the northern part of the City. 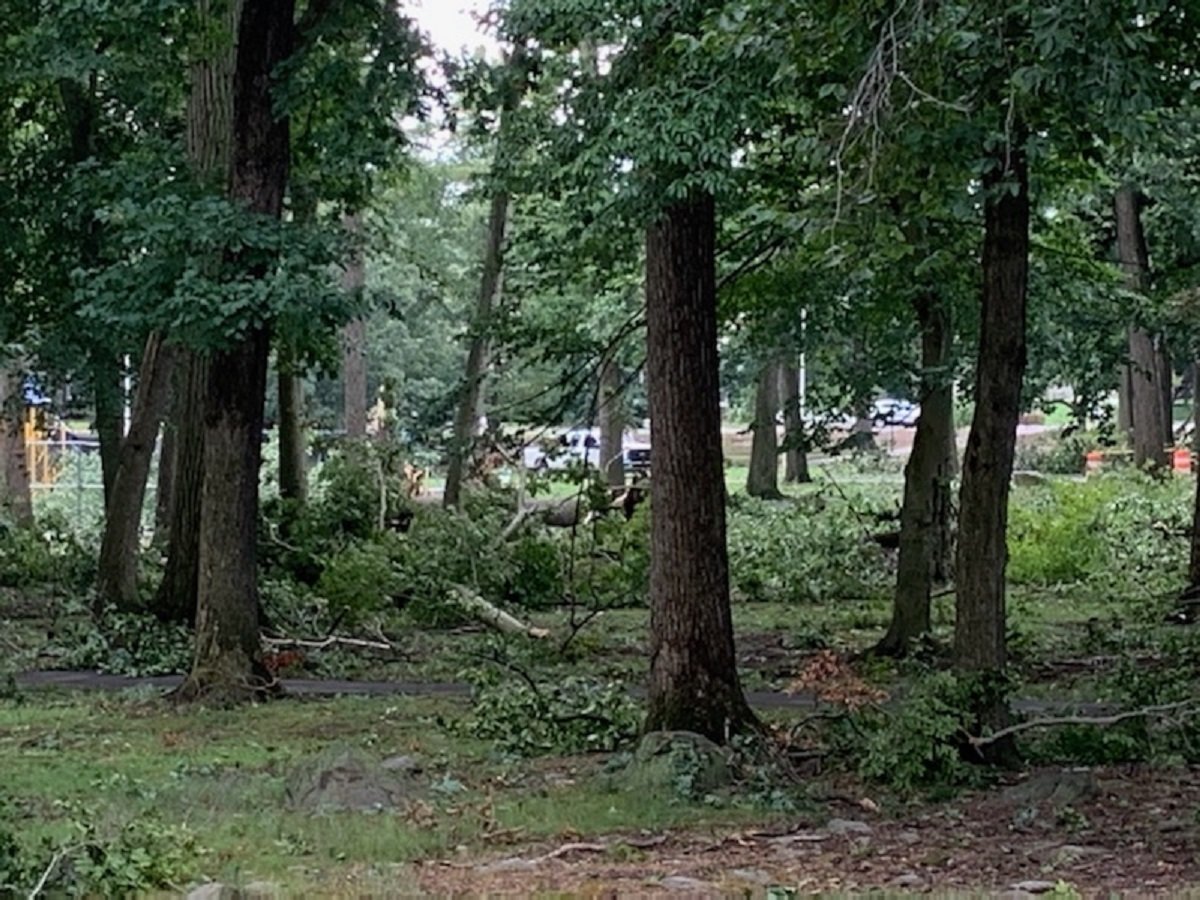 “Delmarva is working to restore power to residents in a number of neighborhoods as quickly as possible. Haynes Park, off Miller Road near the Home Depot, was one of the hardest hit areas with many trees knocked down and damaged. The park is closed and residents are asked not to get near the park to survey the damage.,” Purzycki said.

“Obviously we’ve had devastation throughout the City,” said the Mayor. “We are going to do our very best to ensure that everybody is safe and that we pick up after this terrible storm and get things back to normal again.”

On the northeast side of the city, Firefighters were called to assist people trapped in flood waters at 12th & Bowers Street. There were no injuries reported in the rescues. 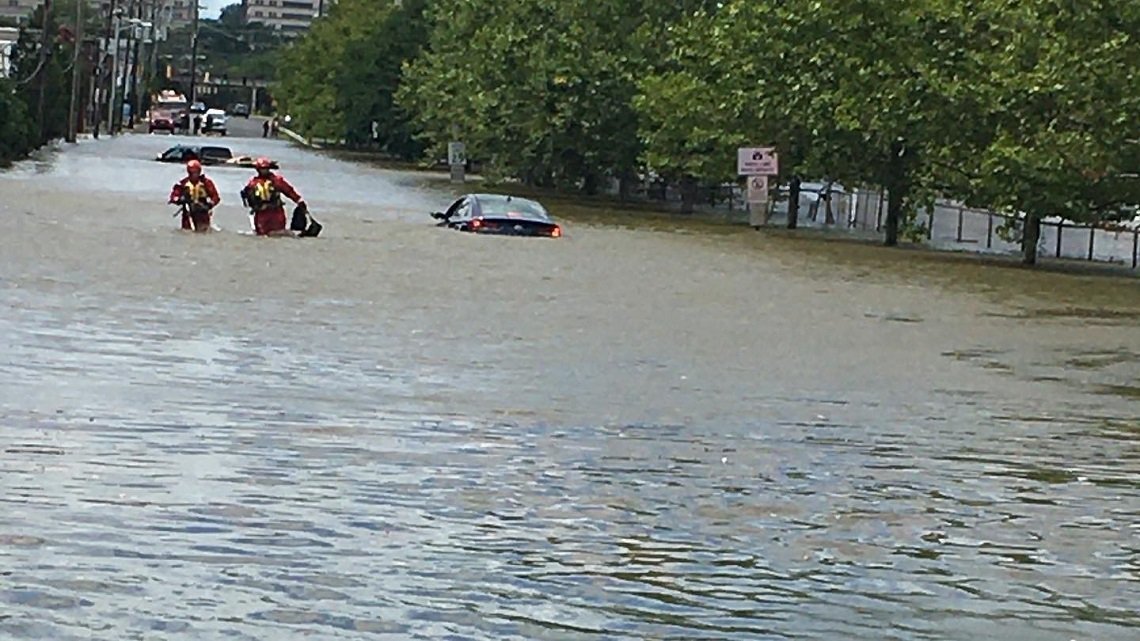 PHOTO VIA WFD| Wilmington Fire Department respond to 12th & Bowers Streets in Wilmington in response to motorists trapped in flood waters. Officials say there were no injuries.

Friday’s extreme weather in the New Castle County area knocked out power to about 14,000 customers.

“Based on current damage assessments, Delmarva Power expects to restore service for all customers by 11 p.m. Monday, Aug. 10. However, most customers should have their service restored before then.,” said Delmarva spokesman Jake Sneeden. “Following further damage assessments throughout the day, we expect to provide updated restoration times for each outage based on the number of customers affected.” 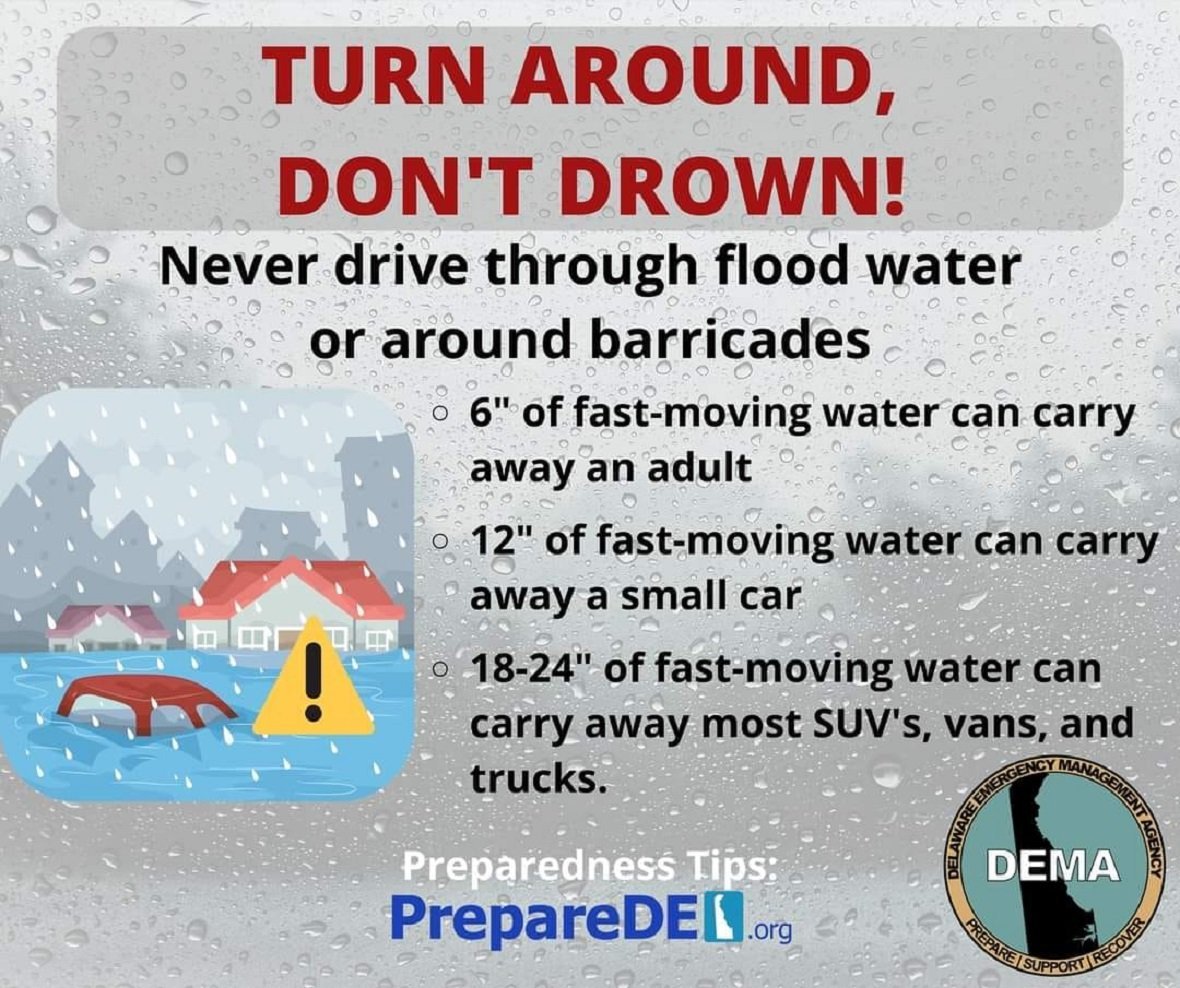