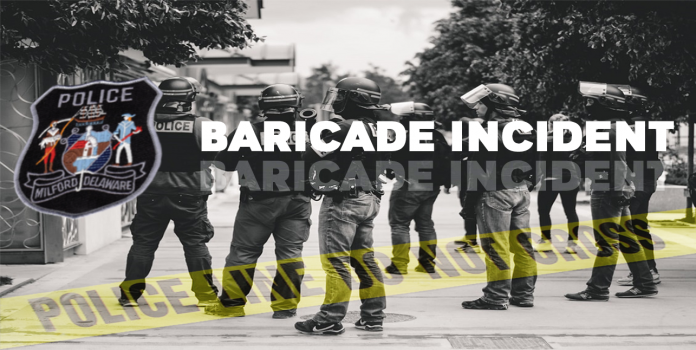 As the situation escalated, officers began closing down roads and began evacuating neighboring homes in the area.

Police say officers were dispatched to the 200 block of Southeast 2nd street just before 8:00 a.m. for a report of a domestic disturbance involving a firearm but when officers arrived, the suspect, later identified as 36-year-old Brandt Craft of Milford refused to comply with officers demands to come out of the residence.

As the situation escalated, officers began closing down roads and began evacuating neighboring homes in the area.

“This led to a several hour negotiation for his surrender, which did end peacefully when Mr. Craft elected to comply and exit the home to be taken into custody without incident.,” said police spokesman Robert Masten.

Craft was committed to the custody of the Delaware Department of Corrections after failing to post his bail for $82,000.00 cash.

This may be the first time in Delaware law enforcement history where mental health professionals were used during a police incident.