A unified command consisting of the United States Coast Guard and Delaware Department of Natural Resources and Environmental Control (DNREC) was established Wednesday after an unknown oil washed ashore Monday along the Delaware coastline.

After being reported, DNREC made an emergency response to Broadkill Beach where they located the spill and collaborated with the Delaware State Police’s Aviation Unit on a reconnaissance flight over the upper Bay to determine the size of the spill.

The spill, which is estimated to be about 215 gallons or approximately five barrels of an unknown oil, had been carried out into the Delaware Bay by Monday night’s high tide and had dispersed elsewhere on the coast by noon Tuesday., DNREC officials said.

Currently, there are more than 75 contractors, DNREC responders and Coast Guard personnel responding to the incident., Globetti said.

DNREC cautioned the public that due to the cleanup operations, the 4-wheel drive surf fishing crossing at Delaware Beach Plum Island Preserve is closed.

Tri-State Bird Rescue and Research is assisting and to date has responded to reports of 24 oiled seagulls that have been spotted., officials say.

Approximately two tons of oily sand and debris was removed from the affected areas as of 7 p.m., Tuesday., officials say. 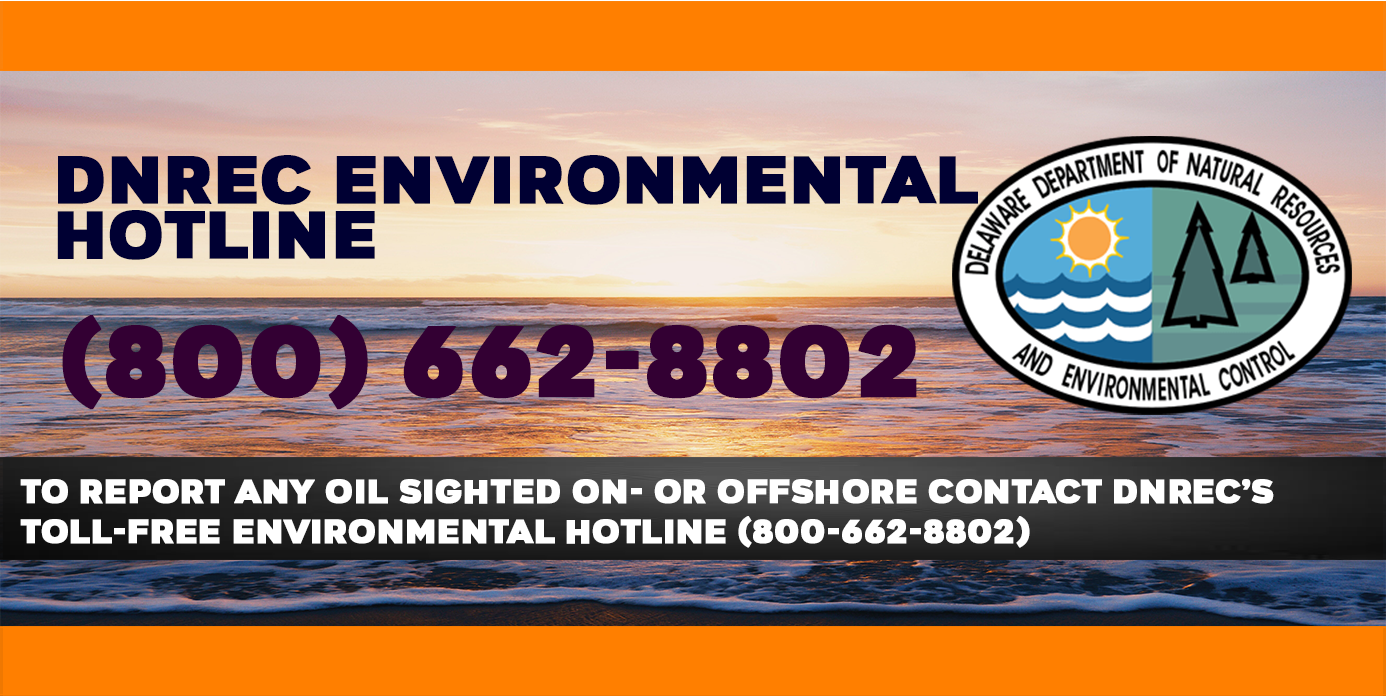 “We are focused on cleanup operations and getting the oil off our beaches and out of our coastal communities as quickly as possible,” said DNREC Secretary Shawn Garvin, who was on scene today surveying affected areas. “Expediency is key. We want to capture as much of the oil as we can before it disperses further and causes more environmental harm. We’re thankful for the dedicated staff from our different divisions who rushed into the breach to assist DNREC’s Emergency Response and Prevention Section with their cleanup mission. To accomplish it, we have put additional resources into the collaboration with our federal partners the U.S. Coast Guard.”

“The formation of a unified command brings together partner agencies and response organizations to effectively conduct response efforts in an efficient and expeditious manner,” said Lt. Cmdr. Fred Pugh, Coast Guard Incident Commander. “We currently working to attempt to identify the source of the oil, and we are continuing to work together to adapt and respond to the dynamic nature of this spill.”

The public is strongly advised to not handle any product found or attempt to assist affected wildlife along the shore and to report findings to DNREC’s environmental hotline at 1-800-662-8802. 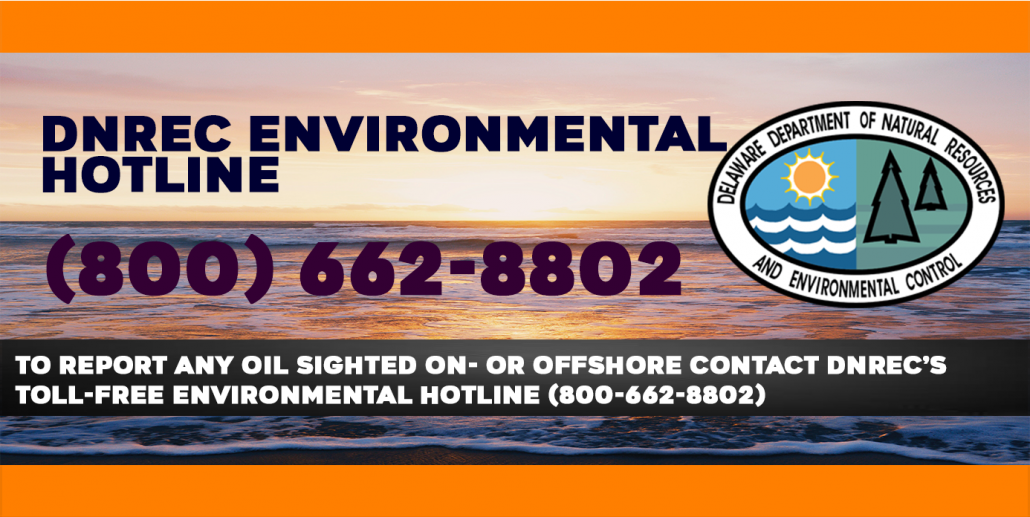 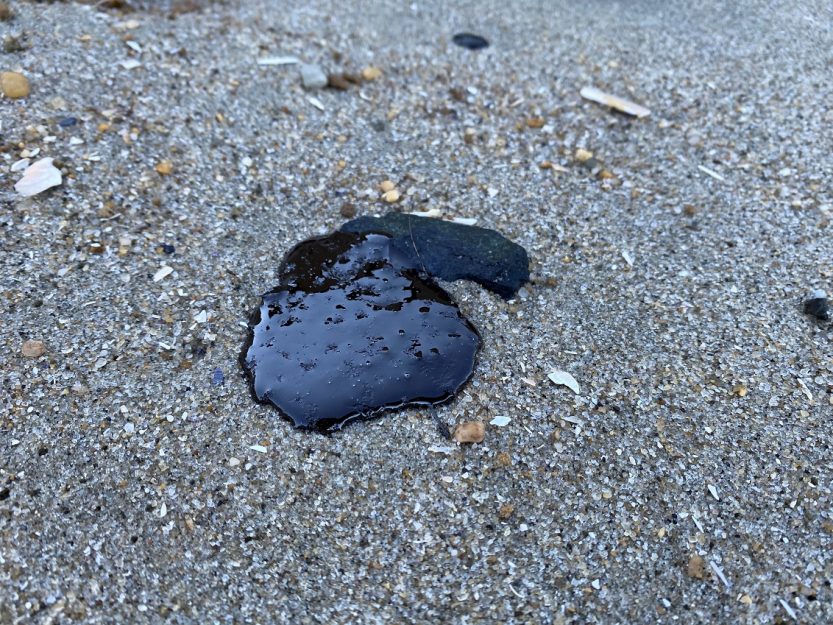 PHOTO SUBMITTED BY DNREC | The Department of Natural Resources and Environmental Control made an emergency response to Broadkill Beach where they located an estimated 215 gallons of oil. The source of the oil spill is under investigation.